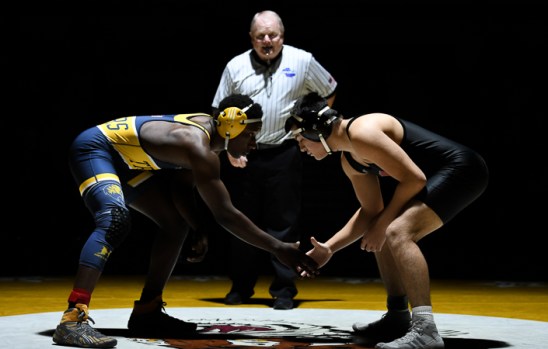 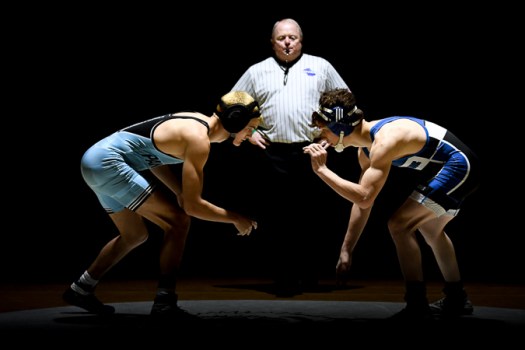 Troup claimed that distinction in wrestling for the first time since 2018 on Saturday while LaGrange High bounced back from missing the postseason a year ago to finish third in region 4-4A while the Cavaliers also finished third in region 5-2A on the road.

“This is a testament to all the practices, all the hard work day in and day out where we are just grinding,” Troup coach Drew Garner said. “I told the guys it is about getting better one rep at a time, and this is the culmination of years of hard work.”

The Tigers cruised to the region title. The Tigers matched up with Whitewater in the championship match and sealed the deal long before the final wrestlers took the mat.

While it was business as usual for wrestlers like Elijah Ward who continues to dominate in his weight class, others showed great signs of improvement as the Tigers head into the postseason.

“I’ve got to give credit to Christian Hudson,” Garner said. “That kid from Whitewater beat him a couple of weeks ago.”

Troup will host a three-team sectional on Saturday with the winner heading to the state matchups the following week. Mt. Zion-Jonesboro and North Hall will be the teams joining Troup in the sectionals.

A region title is just the start for what Garner is hoping to be a long and fruitful postseason run.

“We want to win sectionals and go to the elite eight,” Garner said. “We want to see Lovett, who are the team to beat in 4A, and that is who we are gunning for.”

Troup was not the only wrestling program to make it into the postseason.

LaGrange had an outstanding tournament at Troup High culminating in a third place finish.

“I’m elated that the guys get to see the reward for their hard work,” Michael Pharis said. “I told the guys if you do the little things right the big things will fall into place.”

The tide is turning for the Granger wrestling program after being dormant in recent times.

“I’m really excited about the potential we have,” Pharis said. “Out of our starting lineup today, all but three were freshmen. If we can stay the course and stay together, we have a chance to do something special here really soon.”

The Grangers went to war with Starr’s Mill in the third-place match. LaGrange was able to pull it out with a fiery resolve and earned a spot in sectionals.

“Duals wrestling is not just about how you win, it’s how you lose as well,” Pharis said. “I told them don’t get pinned, get teched, that’s one point less. If you can make it a major, that’s two points less and if it’s a major decision it’s three points less. That’s how you beat good duals teams.”

LaGrange will be traveling to sectionals in West Lauren over the weekend for a four-team sectional. Stockbridge and North Oconee will be the other two teams competing with LaGrange and West Laurens.

Callaway also finished third in its region duals and will be at Rockmart on Saturday for a four-team state sectional. The other two teams competing are Berrien and Central-Macon.

Only one team will advance from each sectional the elite eight.