Bullseye: LCS archery team is one of a kind in Troup County 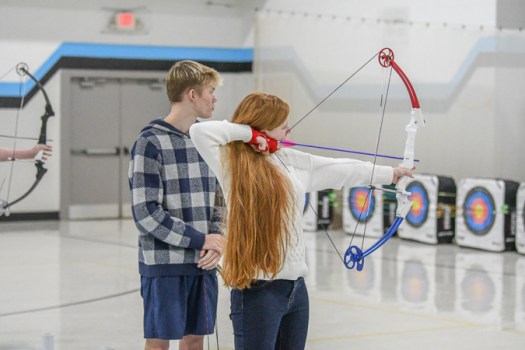 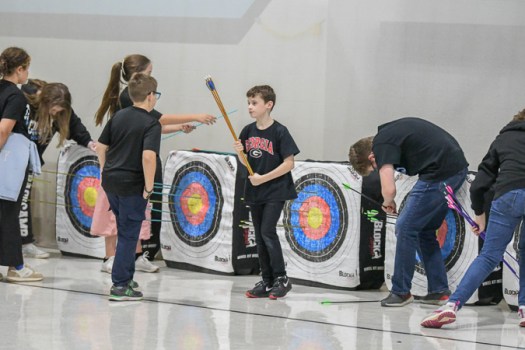 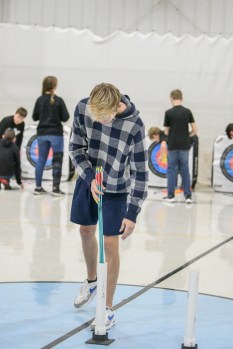 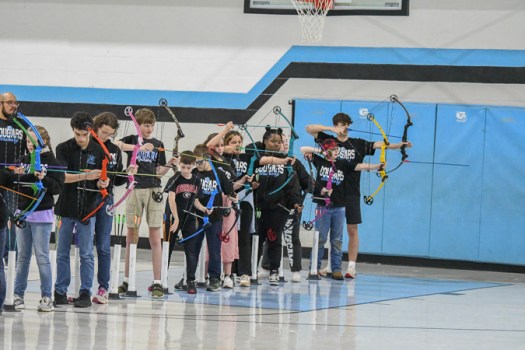 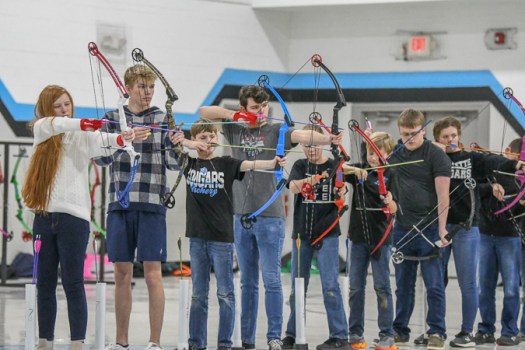 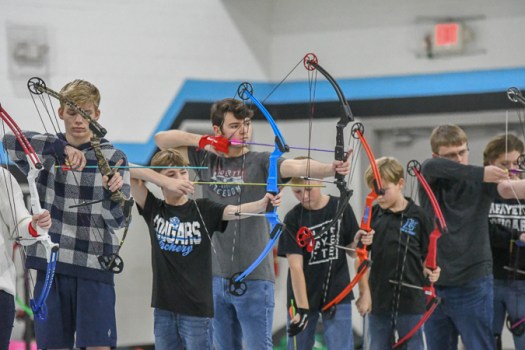 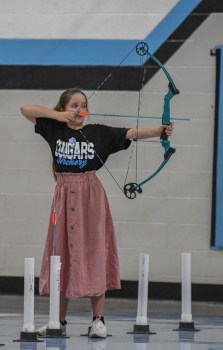 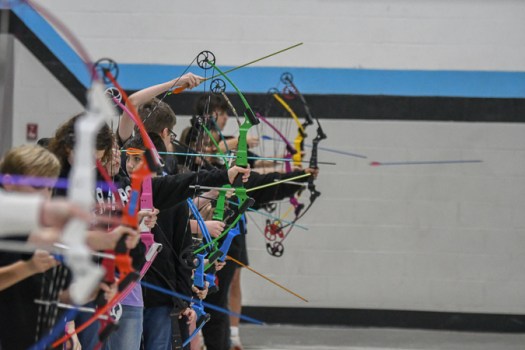 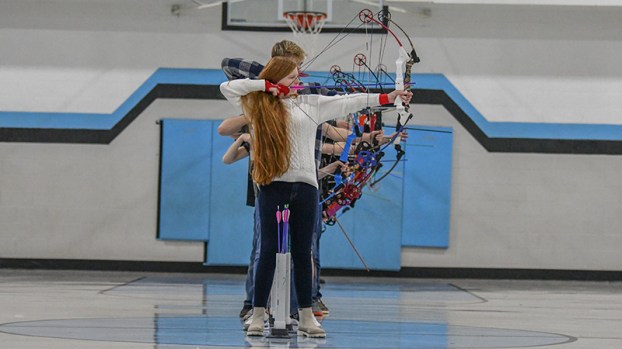 Archery is about precision and patience. Not everybody can master it but at Lafayette Christian School young aspiring archers are given that chance.

The program has been in existence for over a decade now and continues to grow.

“The last few years we have been averaging about 22-24,” coach Amanda Simmons said. “This is one of the bigger teams we’ve had.”

The numbers have reached 30 this year as students continue to be involved with one of the more unique sports the school offers.

Students come out of the sport with just about every bow and arrow background imaginable from avid hunters, to sport shooters, to individuals who had no previous experience with a bow and others that need a sport to fill a season.

“I’ve always wanted to use a bow and arrow, so now that I get to it makes me very happy,” fifth grader Elisabeth Tatum said.

The first time Tatum shot a bow was when she came out for the team.

“Over half of the team has been shooting for at least 3-6 years,” Simmons said.

Phillip Carlson is just an eighth grader but has already risen the ranks of top shooters at Lafayette Christian. Despite his youth, he currently stands as one of, if not the best shooter on the team.

“Naturally, I sucked my first year,” Carlson said with a laugh. “(Fourth grade) was my first time picking up a bow.”

Carlson has finished first place at both of the tournaments that the Cougars have participated in so far this season.

Skill levels vary widely. Some are elite level shooters and the program has even had an individual go on to shoot in college.

What the young archers want out of it varies as well.

“I want to become a state champion,” Phillips said. “I want to go to the Olympics and be at the top.”

“I needed a sport to do my first year,” junior James Clarke said. “I had been shooting at a target in my backyard for years, and I came out three years ago.”

For many, like Clarke, it is the only sport they participate in during the school year, but for others it is just one of a few.

“It is a good stress reliever for me,” junior Lily Pena said. “It is nice to have something else to come to.”

Pena got into the sport because her mother — Simmons — served as an assistant coach when she first started shooting eight years ago. She is also a member of the volleyball and basketball teams.

While the team is typically majority male, there are a lot of girls that come out for the program every year. Many even have some background shooting bows with members of their family.

One of the trickiest things that experienced bow hunters struggle with when coming out for the archery team is the fact that there are no sights on the bow. The bows are different to the ones used for hunting.

The beauty of archery at a school level is that it is both a team sport and an individual sport.

“While it is a team sport, it is also an individual sport which the students like,” Simmons said. “Even when the team might not place, individuals can still place. A lot of them like that aspect, which brings out people who might not participate in other sports.”

While most of the archers on the 2022-23 team skew a bit younger, Avery Bailey serves as the senior guard for the team. He is in his final few months as a competitive archer but plans to keep using a bow for fun in his post-high school life.

It was love at first sight, but it took a while for Bailey to truly master the craft.

“When I signed up for the first time and shot at a target for the first time, I shot with the wrong hand and hit a bullseye,” Bailey said with a laugh. “I thought I might be good at it, but that first week was awful. The first year was not the best.”

He continuously worked to get better and is now one of the program’s premium archers.

The 2022-23 season is just starting to heat up and will only get hotter between now and the season ending in March.