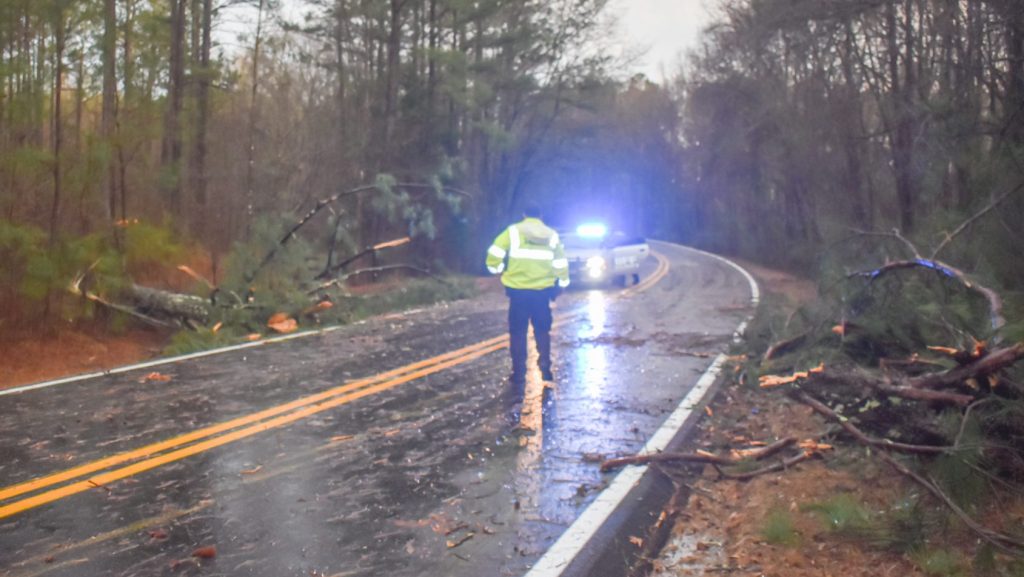 There are still several roads closed in Troup County after an afternoon filled with severe weather.

Stewart Smith of the Troup County Sheriff’s Office said as of Thursday night there are still multiple roads that have trees and debris on them.

“There’s three that we’ve identified with barricades that we are asking people not to go around, which are Stewart Road, Callaway Church Road and Finney Road,” Smith said. “There are some power crews that are dealing with lines down in that area — we ask people to avoid those areas.”

Smith said if people can help it, do not get on the roads tonight.

“We certainly don’t want people out sightseeing, so if people can avoid travel, that will be appreciated,” Smith said.

Although the county saw severe damage to Lexington Park, Hamilton Road and the Mountville area, there were only a handful of reports of injuries, Smith said.

“I believe there were three or four, that I know of, were taken to the hospital but the injuries are not serious,” Smith said.

At this time, Smith said interstate 1-185 was still closed at mile marker 47, but he had no updated on when it will open.