‘We don’t have a house but we’re alive:’ Couple gets in closet right before tornado destroys LaGrange home 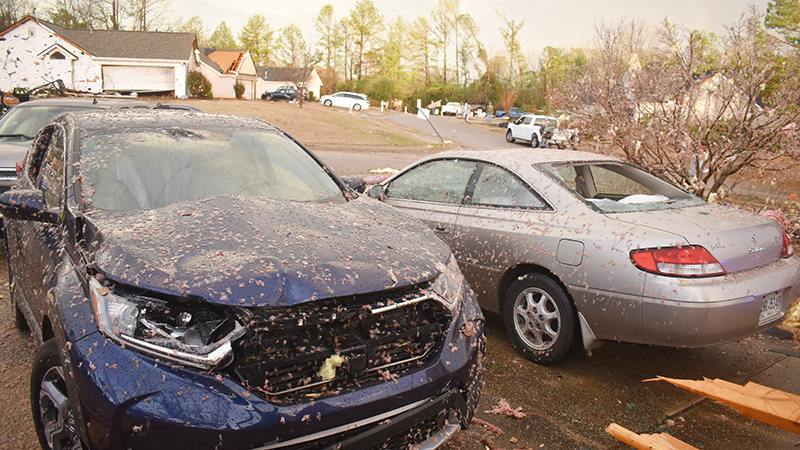 John and Sue Reed were one of many residents of Baldwin Park whose homes were severely damaged by a tornado that ripped through the southern part of Troup County.

The couple was at home when the tornado hit their Lexington Park Dr. home. Sue said she had to repeatedly ask her husband to get in a closet as the tornado closed in.

“We were lucky to get to the closet when we did,” Sue Reed said.

The couple was trapped inside the residence after the tornado hit the home and the family had to go in and cut them out.

The tornado took the entirety of their roof, but fortunately, they were not hurt.

John said that he had just come home when the tornado hit.

“I was changing clothes and put on a pair of sweatpants and a shirt, and I heard literally a freight train, so I grabbed [Sue,] and we jumped in the closet. The closet was fine. Nothing happened. It was maybe five seconds, and I opened the door and there was no ceiling. Everything had just caved in,” John said.

Not only was the family displaced from their home due to the tornado, it significantly damaged their vehicles, including what appeared to be disabling damage to one. John said he had to pull out boards of wood that the tornado had thrown into the engine.

Despite the damage, the couple was thankful to be alive and thankful to their neighbors and others who offered help after the storm.

“Everybody, the neighbors, not even neighbors, people came by to ask if they can help and what they can do,” John said.

The family has already found a place to stay for the night. John said he was currently working on getting a tarp placed on the house to save what’s left of the home.