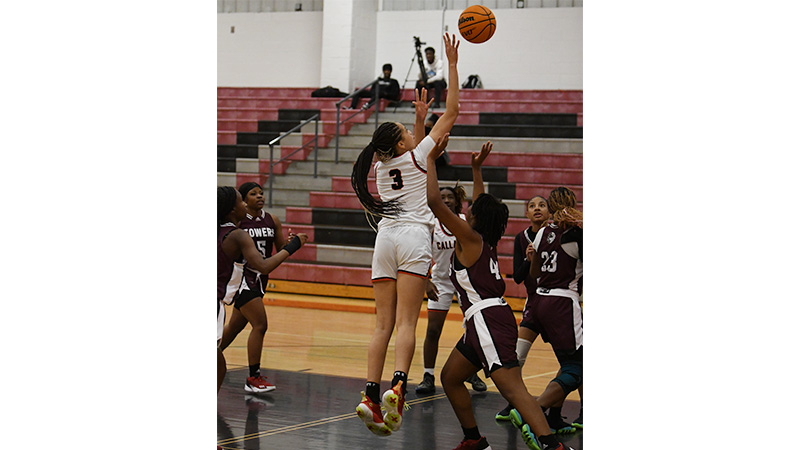 Callaway battered Towers 81-18 on Friday to earn an easy region win in front of the home crowd.

The Cavaliers were cruising early, taking a 22-0 lead after the end of the first quarter. The offense did not slow down from there, scoring 24 in the second quarter and 25 in the third before playing a shortened fourth quarter.

The Cavalier defense was suffocating, never allowing more than six points in a quarter. All of Towers’ points came on made 3-pointers.

Lacey Thomas scored a game high 18 points and did not have to play in the fourth quarter with the Cavaliers up big. Aniyah McFarland scored 15 points while not scoring in the fourth either as she dominated the first three quarters. Raniya Mahone scored 13 points to help lead the offense.

Ten different Cavaliers scored in the game as the large lead allowed the home team to insert some of their younger players.

Callaway improved to 7-3 overall and 6-2 in region play. The Cavaliers are currently third in region 5-2A and will be back on the court on Saturday against non-region rival Heard County.