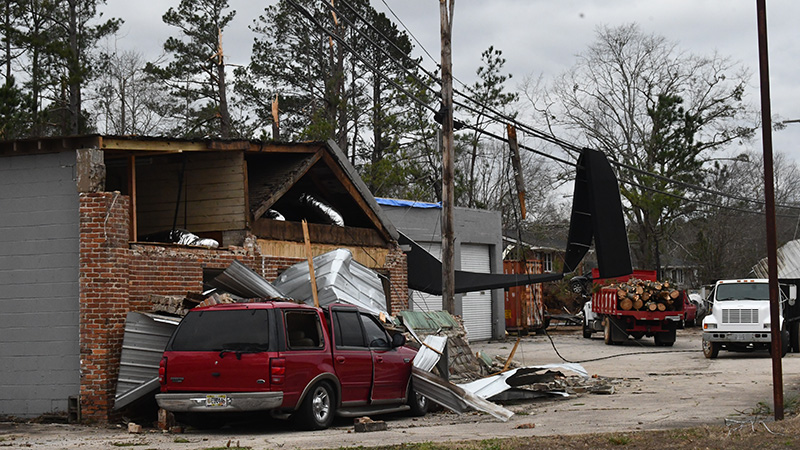 Several businesses along Hamilton Road were impacted by Thursday’s storms. Among those severely impacted were C’s Paint and Body and Dye’s Dust Control.

Chuck Dye, who has owned Dye’s Dust Control with his wife Debra since 1987, said they were very fortunate no one got hurt.

“I don’t know what’s going to happen on the corner — it’s pretty bad up there, but we will see,” Dye said. “I came back in LaGrange at 4 a.m. this morning, and by some miracle, we’re cleaned up and running. We’re picking up the pieces and thankful everybody’s alive, and nobody got hurt. You can replace stuff, but you can’t replace people.”

Charlie Nolen of C’s Paint and Body said after the initial shock of seeing the damages to his business, he felt blessed.

“We’re all blessed because everybody survived. Both of my neighbors were here in the building when the tornado ripped the roof off,” Nolen said. “We survived — the damages we can fix, but you can’t bring anybody back.”

To replace the roofs of the building, Nolen said the business will have to pay out of pocket to repair damages.