1,000 points: LaGrange native scores buckets for Springwood but is making waves as a swimmer 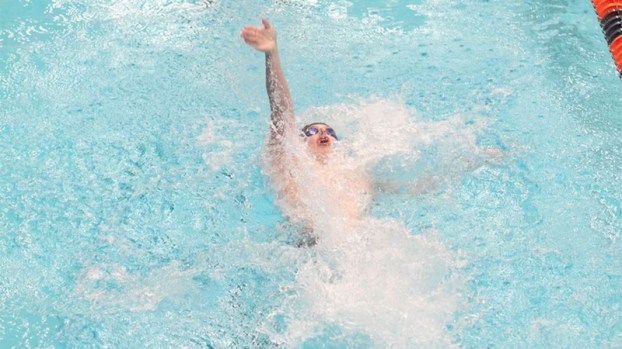 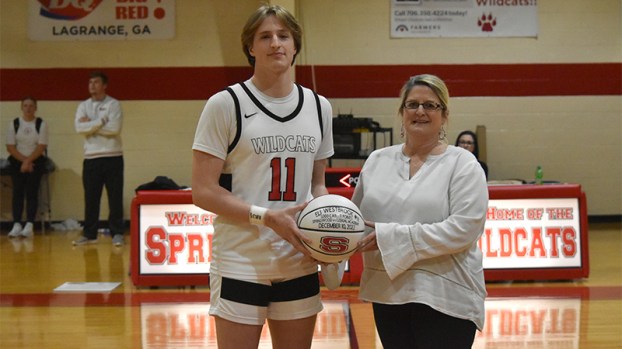 Scoring 1,000 points in high school is not easy, but it is even more of a challenge when basketball is your secondary sport.

For Springwood senior and LaGrange native Eli Westbrook that is exactly the case.

He is still racking up points to his total as Springwood hits the home stretch of its basketball season. For Westbrook, this will probably be his final run playing basketball and he wants it to be a memorable one before saying goodbye to Springwood and the hardwood.

“I’m really going to miss basketball, and it’s going to be tough to give it up. I’m not going to lie,” Westbrook said. “I have to realize what is ahead of me with swimming and everything else and focus on that.”

Westbrook has just six regular season games left with the Wildcats as Springwood heads into the final stretch of the season 9-8. Westbrook believes that the team can make one final run while he is still around.

With the basketball season nearing its end, Westbrook will be back to focusing on his main sport of swimming.

Basketball has played a major part in his life and balancing his time on the court and his time swimming.

“Basketball takes away some time from swimming, but I’m thankful that I’m able to do both at the same time,” Westbrook said.

Swimming is where his heart truly lies. The senior is currently the 19th ranked swimmer in the state of Alabama for his class. He has aspired to swim at a Division I level for quite some time, and he feels like he is now on the precipice of achieving that goal.

“I’ve talked to a few colleges like LSU, Old Dominion and Eastern Illinois, and I’m thinking about maybe swimming at one of those colleges,” Westbrook said. “I want to find the right fit and go to school that will give me the right role on the swim team.”

It was not exactly love at first sight, but Westbrook fell in love with swimming all the same.

“My dad actually forced me into it when I was seven,” Westbrook said. “I started getting really good at it at a young age and thought ‘maybe I can take this somewhere.’”

There was a tipping point for Westbrook when he went from swimming for fun to putting more effort in to perfect his craft.

“I moved to a swim team in Opelika when I was about 13 and started learning from a coach that swam at Auburn and went to the Olympics, and that was where my swim career really took off,” Westbrook said. “I started dropping my times, and that’s when I started believing I could swim at a Division I level.”

Westbrook currently excels at mid-distance backstroke but continues to add new facets to his swimming repertoire as well as sharpen the skills he has already obtained.

“I’m not much of a sprinter but something that has to use some endurance combined with speed is what I’m really good at,” he said.

Westbrook is in his final months in LaGrange and attending Springwood as he prepares for an unknown college destination in the near future. One chapter ends, a new one begins.