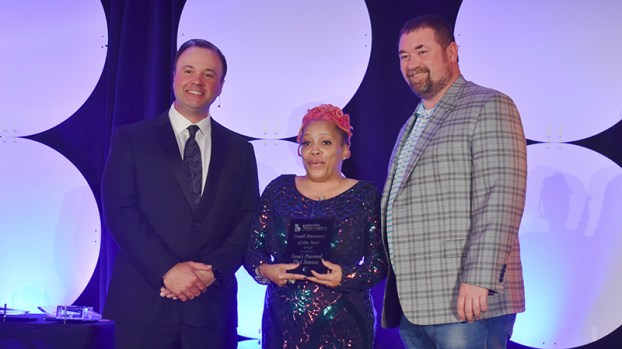 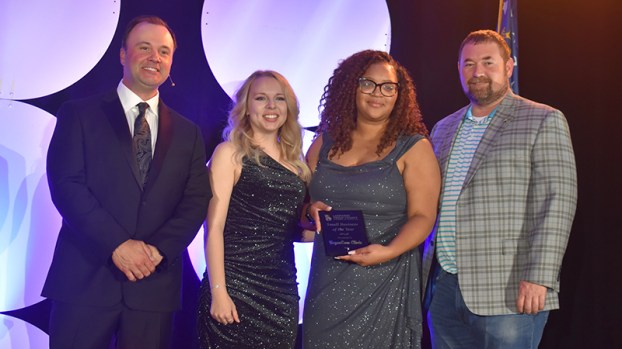 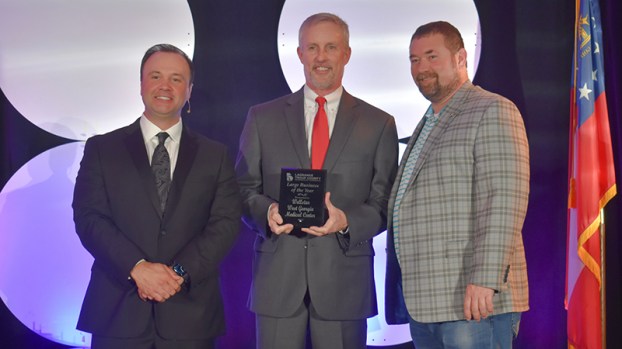 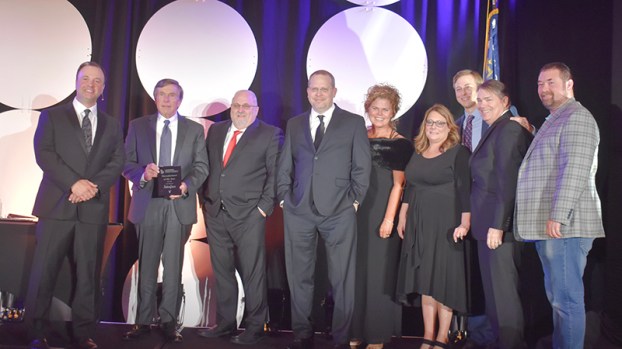 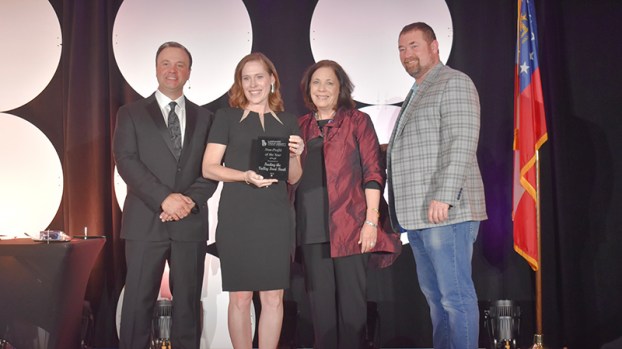 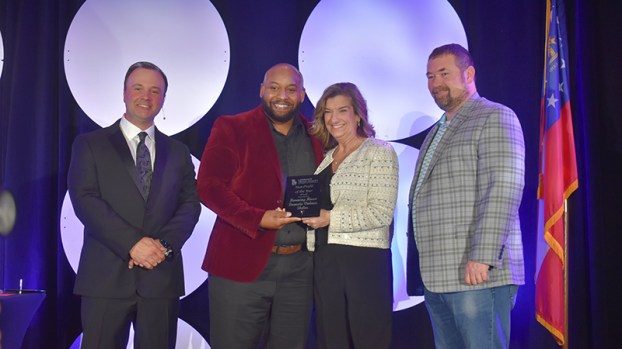 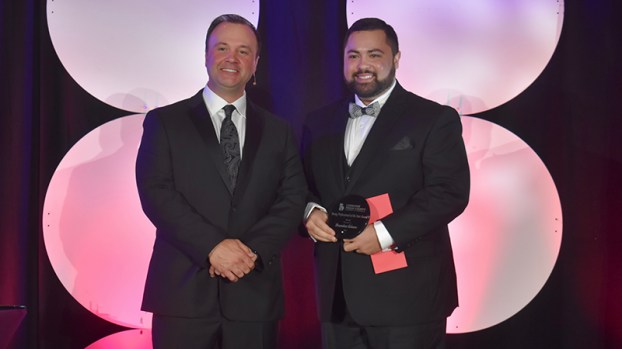 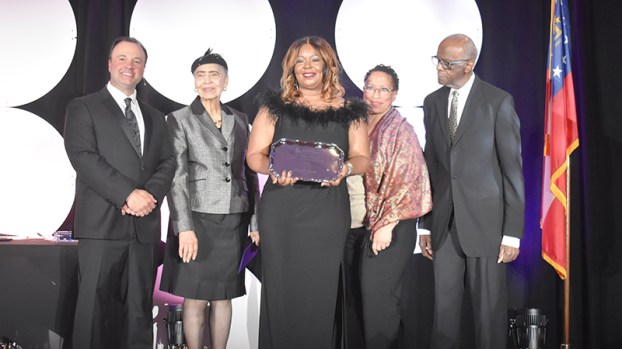 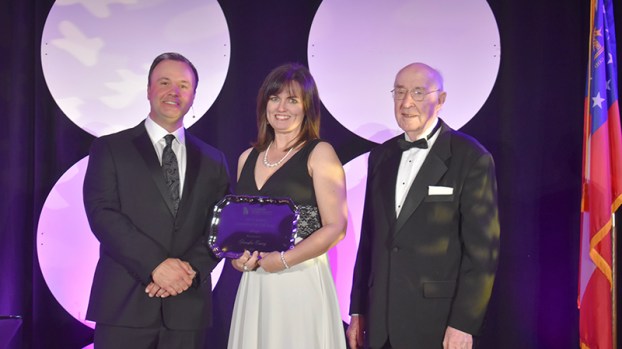 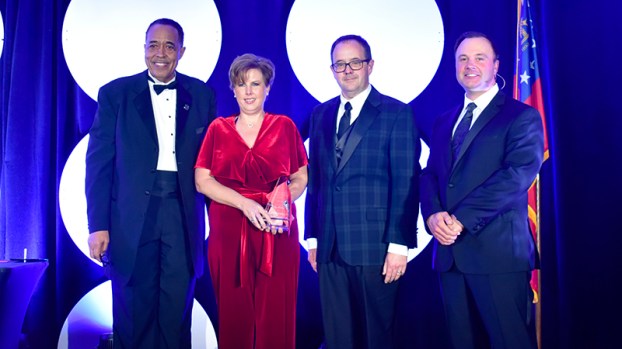 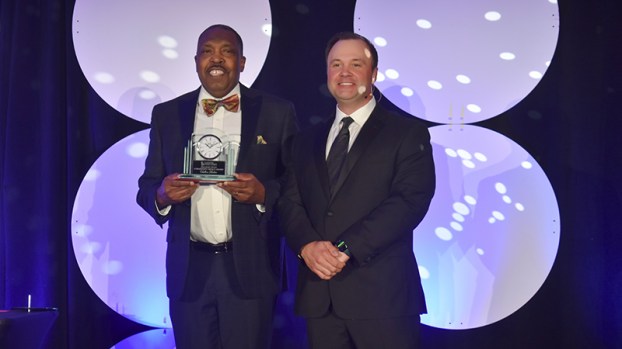 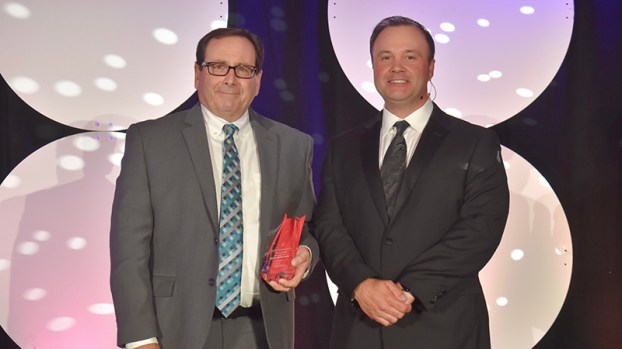 The gala featured the election of the Chamber’s 2023 slate of officers, including new Chairman Brandon Eley, along with the annual chamber awards.

Chairman Jamey Jackson handed over the gavel to Chair-Elect Eley at the close of the gala.

The following awards were given out at the ceremony:

Small Businesses of the Year

The chamber presented awards to small businesses of the year based on increasing numbers of employees. The categories include five or fewer employees, 6 to 25 employees and 26 or more employees.

The first Small Business of the Year Award was given to Tara Ogletree, of Tara’s Personal Chef Services. Ogletree and her catering business were recognized for their “dependable, professional, reliable, unique and passionate” service along with their great tasting food.

Next, Paulette Dukes was presented the Small Business of the Year Award for Building Blocks Behavioral Center.

[Building Blocks Behavioral Center] saw a huge need in our community and worked to make a difference for many,” Chamber Chairman Jamey Jackson said. “With a mission to create a positive change and significantly improve the quality of life for children through effective therapy services.”

UrgenCare Clinic was given the final Small Business of the Year Award.

Jackson said UrgenCare’s commitment providing the highest level of care at an affordable price and making every patient feel as though they were treated as family is part of why the business has been able to grow so quickly.

Large Business of the Year

Wellstar West Georgia Medical Center was selected as the 2022 Large Business of the Year.

The hospital is the third largest employer in Troup County, providing career paths for medical industry professionals and beyond.

“This business is no stranger to recognition and the accolades are many including those at both state and national levels. We are thrilled to add one more,” Jackson said.

Manufacturer of the Year

Interface was selected as the 2022 Manufacturer of the Year. The company employs more than 1,200 people in Troup County and nearly 4,000 worldwide.

Interface began in 1973 and grew to a global industry leader in modular flooring with the manufacture of carpet tiles and resilient flooring.

“Together, they work as one with a shared vision and shared values that make them all proud to be part of a company and a community that is doing well by doing good,” Jackson said.

Non-Profits of the Year

The chamber recognized two Non-Profits of the Year for their vital efforts to strengthen the Troup County community.

The first non-profit winner to be recognized was Feeding the Valley, who through their mission is to ensure that no one goes hungry distributed more than 2.1 million pounds of food was distributed in the LaGrange area during the past year with the help of 42 local community partners.

Next, Harmony House Domestic Violence Shelter was recognized for its tireless efforts to prevent domestic violence. The non-profit answered the calls of more than 900 people in crisis and sheltering over 90 residents last year, a third of whom were children.

Hype Young Professional of the Year

Brandon Adams of Airforce Heating and Air was selected as the Hype Young Professional of the Year.

Jackson said Adams jumped into the Chamber with both feet, attending events and serving as a diplomat.

“He promotes everything that the Chamber does, and he is a true advocate for other members and businesses. We look forward to the great things he is going to continue to do in the future especially as a newly elected board member,” Jackson said

Daniela Bailey was given the Ida Tarver Jones Volunteer Award for the many hours she dedicated to ensure that the Chamber’s Youth Leadership Program continues to be a success.

The award was created in 2013 in memory of Jones, who dedicated countless hours of service to the Chamber of Commerce, answering the phones and greeting visitors over many years.

Otto Korth Diplomat of the Year

Jennifer Emery was selected as the Chamber’s Diplomat of the Year.

“[Emery] is certainly a cheerleader for the Chamber and especially our new members,” Jackson said. “From ribbon cuttings to orientations to Early Bird Breakfasts, and more, she shows up. She is also one of the first people to like and share our social media posts – always with a positive comment.”

Kelsey has served the City of LaGrange for more than 25 years and learned under the mentorship of the award’s namesake, Tom Hall, before taking over for him as city manager shortly after his unexpected death.

During her time as city manager, Kelsey created the LaGrange Youth Council, LaGrange 101 and revitalized the parks department with The Thread and more.

“She is a true visionary, and we know Tom Hall would be exceedingly proud of her,” Edmondson said.

Hall dedicated more than 30 years to Troup County. Following in the footsteps of Richard English, Hall managed the William J. Griggs Recreation Center from 1992 until he retired two years ago.

Over the years, Hall led various mentorship programs and helped numerous students get into college by writing letters of recommendation and contacted college coaches on their behalf.

Chalton Askew was given the Jane Fryer Award. The award was established in 2008 to recognize a member of the community who has gone the extra mile to get involved in programs and activities that benefit many, which Fryer demonstrated in her 35 years of serving Troup County as Chamber President.

Askew is a founding board member of Trustbuilding Inc. and now serves as the first executive director. In addition to his work building bridges in our community, he also chairs the Diversity, Equity and Inclusion committee for the Chamber of Commerce and was an integral part in the establishment of the Minority Business Accelerator program.

As one of his last official acts as Chamber Chairman, Jamey Jackson presented Mike Gilmartin with the Chairman’s Award for 2022.

Gilmartin joined the chamber after retiring from Kraft Heinz Foods. Even though he is no longer working, Jackson said Gilmartin’s experience and leadership are invaluable on the chamber board.