Athlete of the week: Kayla McBride does it all for LaGrange Academy 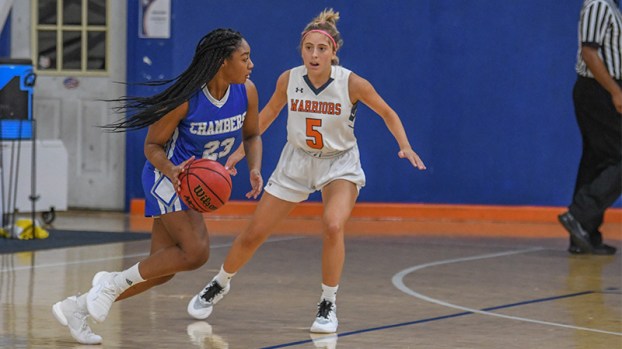 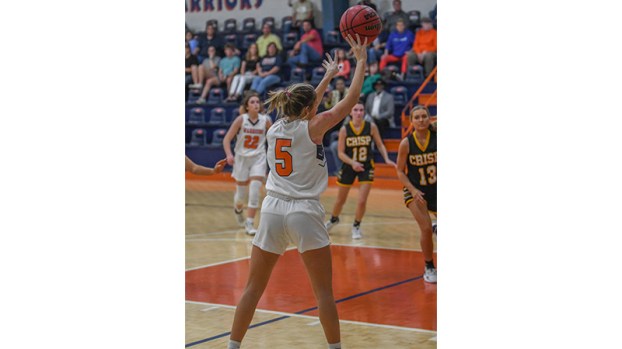 Kayla McBride is a Warrior.

“It can be difficult to balance them, but I’m so glad to have the opportunity to play these different sports,” McBride said. “I wouldn’t have these opportunities at another school to better myself as an athlete. It is difficult but fun.”

McBride is in the midst of basketball season right now. She is the only senior and one of the leaders on a team that is currently ranked no. 1 in its classification.

“A lot of us have been playing together for so long that we know how to connect and really know how each other likes to play,” McBride said. “We’ve added a couple of new players and they have really fit in and have been open to our ideas.”

McBride knows they have what it takes to go all the way this year.

“When we sat down at the beginning of the year and we talked about goals for this season and we said we wanted to win region and then win state,” McBride said.

McBride is someone who knows what it takes to win a championship with the Warriors. She was a part of back-to-back state title winning softball teams. She was looking forward to chasing another state title with the softball team in the fall, but when the program did not have enough participants she had to pivot.

“I was sad because softball had been a part of my life for so long,” McBride said. “I wasn’t going to let that define my senior year. I wasn’t going to just shut the door and dwell on us not having a softball team.”

McBride made the pivot to play volleyball, a sport that she had almost no experience with before giving it a go in her senior year.

“Playing volleyball was a really fun experience,” McBride said. “It was really good to get out of my comfort zone. Usually I know what my role is going to be on a team and what to do so for this I had no plan or expectations, but I had a really fun time playing.”

McBride was also the lone senior on the volleyball team — a feeling she is not all too unfamiliar with as she has been the only athlete on a lot of her teams from her grade. She never ran from the challenge of being a leader, in fact she embraced it.

“I’ve been on the team for so long that I understand what is going on and I can help with issues that come about,” McBride said. “I love being a leader for this team.”

She started playing middle school basketball back in sixth grade and joined the varsity ranks in eighth grade. It has been a roller coaster with the Warriors having plenty of highs and lows during her long career as a Warrior hooper. This just fueled the fire inside McBride who wants to capture a state title in as many sports as possible at LaGrange Academy.

“It hasn’t hit me yet, but this is the last semester I play (competitive) sports,” McBride said. “I don’t want to take anything for granted. I want to go out with a bang.”

Her competitive athletic career is nearing its end. She still hopes to participate in the tennis and track and field seasons before departing LaGrange Academy at the end of the semester. She still plans to have sports be an active part of her life when she heads up to Athens to attend the University of Georgia starting in the fall.

“I’m hoping to get on the intramural teams and try to play as much basketball as I can after high school,” McBride said. “I especially want to keep playing basketball and maybe tennis and volleyball as well.”