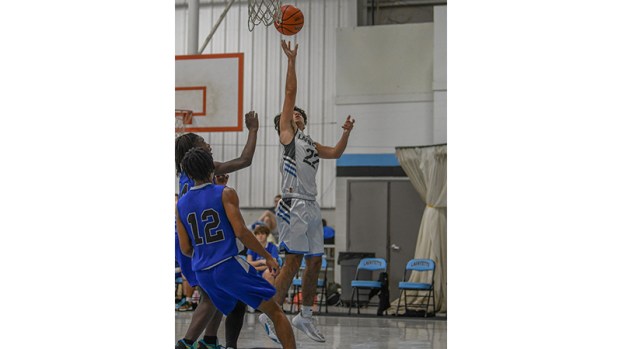 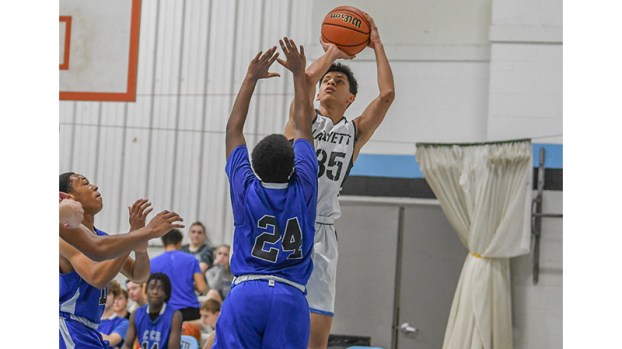 It was too easy for dynamic duo Bruno Tellez and Joshua Zapata in Lafayette Christian’s 87-57 win over Community Christian as the two combined for 54 points on Thursday.

“I like to run the offense and find my shot and find my passes,” Zapata said. “I like to find my teammates and let them have the shots. I like being this team’s point guard.”

It was much needed with the Cougars playing without one of their best players in center Adam Saylor who offers the only real post presence on the roster. The team adjusted and played with more wing activity and ball movement around the perimeter.

“We decided to go with a five out offense and play small,” Cougar head coach David Gisler said. “We had five guards out there, and we wanted to get some open threes and some cutting action. We had six guys make threes tonight, and that is good.”

It definitely worked with the Cougars connecting on 12 3-pointers on 41% shooting from deep in the game. In fact, the first three baskets of the game for Lafayette Christian were all 3-pointers.

The Cougars got rolling early led by their scoring duo and when you have a player like Tellez who can score 33 with ease it feels like the Cougars can run anybody in GAPPS off the floor.

“Both of them are great players, and both are capable of going for 30 on any given night,” Gisler said. “When they are playing like that at the same time, we are going to be tough to beat.”

Tellez got baskets from all over the court, hitting three 3-pointers, connecting on 11 free throws while making six shots from inside the arc. He also added six steals and four assists to his ledger.

Tellez was not the only player who sparked the offense to life. Zapata scored 21 points on five 3-pointers while leading the team with seven assists.

“When I’m hitting threes, it’s a good feeling,” Zapata said. “I’ve been trying to get better from three so this game was good.”

In his second year as a Cougar, Zapata feels more comfortable than ever initiating the offense.

“Last year was my first year with the team, so I feel more comfortable now,” Zapata said. “This year is going good, and I am playing with more confidence.”

While these players are used to large offensive roles, the Cougars also needed players to step up who are normally role players in Saylor’s absence. On Thursday, it was Jonathan Pierson who scored a season high 11 points in the game while also contributing with 2 rebounds and two steals.

Saylor is the team’s leading rebounder, grabbing 9.5 per game, and second leading rebounder Keaton Murphy was able to grab 10 to go along with seven points to help keep the Knights off the glass.

The Cougars took over early, outsourcing the Knights 29-17 in the first quarter. By halftime the lead was up 52-29. The second half went just as swimmingly for the home team as they were able to deploy their reserves in the fourth quarter which was ultimately shortened to just six minutes because of the Cougars 30+ point lead after the end of third quarter.

While the offensive was explosive, Gisler was not overly satisfied with how things went on the other end of the floor.

“I don’t think we played defense particularly well tonight,” Gisler said. “When your offense is clicking like that, sometimes your defense doesn’t really matter as much. We came out a little flat on defense early, but we got better as the game went along.”

Lafayette Christian is rolling and improved to 10-1 on the season and 3-0 in region play. The Cougars will travel to Konos Academy on Friday for another region game before having a date with no. 1 ranked Creekside Christian Academy on Tuesday at home.