Cavs cruise to win at home 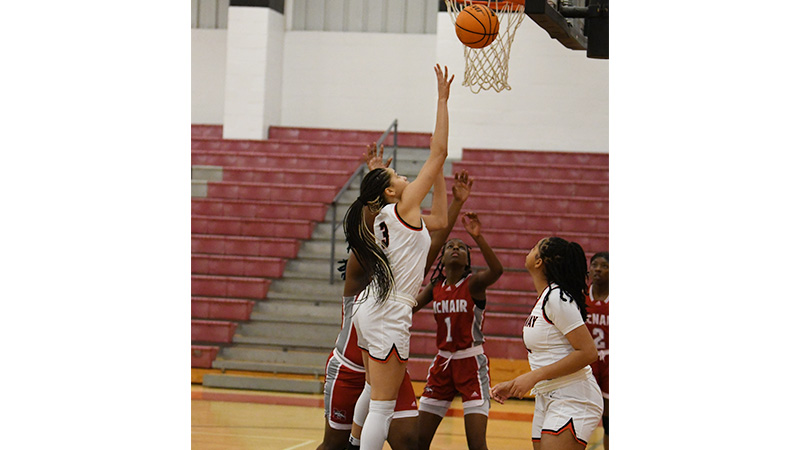 Callaway cruised to a 63-28 region win over McNair on Friday.

The Cavaliers put the hammer down early and took a 23-9 lead heading into the second quarter. It only got better from there as Callaway’s offense was rolling all evening. By halftime, the Callaway lead had ballooned to 41-15. By the end of the third quarter, the Cavaliers led 61-20, which allowed the team to deploy some of their younger reserves.

The defense for Callaway was sharp all night, never allowing more than nine points in any quarter in the game.

McNair had no answers for Lacey Thomas who bullied its defense in the post. Thomas finished with a game high 20 points, 18 of which came in the first half. Aniyah McFarland scored 12 points and connected on two 3-pointers. Raniya Mahone and Jailyn Baker each had nine points in the game.

Callaway improved to 9-4 overall and 8-2 in region play. The Cavaliers are currently third in region 5-2A. Callaway will host non-region opponent Harris County on Saturday for senior night.