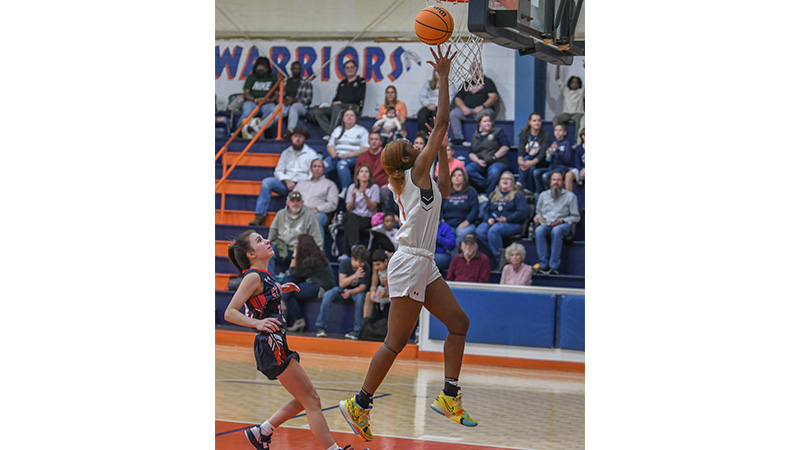 The LaGrange Academy defense suffocated rivals St. George in a 49-17 victory in their region opener on Friday.

After a sluggish start to open the first quarter, the Warriors found their rhythm by the end of the quarter to take a dominant 16-2 lead after the opening eight minutes. The Warriors never looked back and piled onto their lead before the break, stretching it out 20 points heading into halftime.

Even in moments where the offense has struggled to manufacture points like they did in the second quarter in which they only scored eight points, the defense has thrived.

Even without one of their starters — Anna Beth Kinnersley — the defense was in control of the game.

Offensively, the Warriors were once again led by star Jazmin Thornton, who outscored the entire opposition by herself with 28 points in the game. Laura Knight scored four points while Ellie Grace Eiler, Kayla McBride and Tesia Garrett-Hammet all finished with three points each.

LaGrange Academy is rolling and improved to 11-1 overall and tips off the region schedule 1-0. The Warriors will be back in action on Tuesday on the road against region foe Flint River.