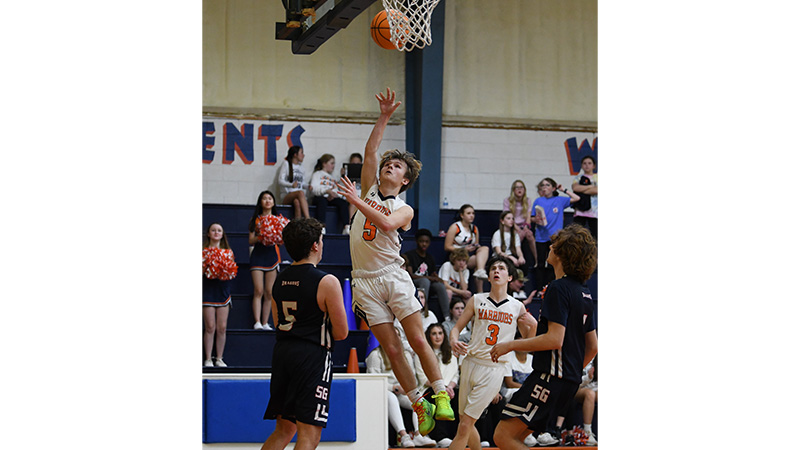 LaGrange Academy’s Hail Mary 3-pointer at the buzzer fell harmlessly to the floor as the Warriors lost 45-42 lto St. George in their region opener.

The first half was rough going for the Warriors, who could not get much going on offense. LaGrange Academy trailed by seven at the end of the first quarter and 15 heading into halftime. The Warriors could only muster 14 points in the first half.

LaGrange Academy’s offense burst to life in the third quarter, scoring 20 points. Jackson Malone scored eight in the quarter and Sam Anderson had 11 to lead the Warrior comeback. The Warriors were able to cut the deficit down to six points heading into the fourth quarter.

LaGrange Academy kept chipping away and tied the game at 42 but was unable to make the crucial basket at the end of the game.

Anderson was outstanding for the Warriors all night, scoring 20 points. Malone was also everywhere for the offense and had 16 points for the Warriors. No other Warrior had more than three points as the duo had to shoulder the load on offense.

LaGrange Academy fell to 3-10 overall and 0-2 in region play. The Warriors will be back in action on Tuesday away to region foe Flint River Academy.