Off to the races: The Callaway Middle School GreenPower team is just getting started 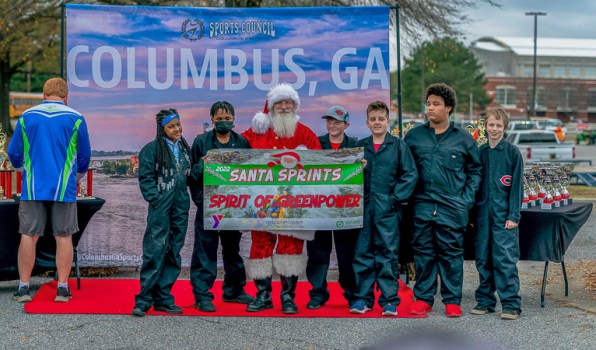 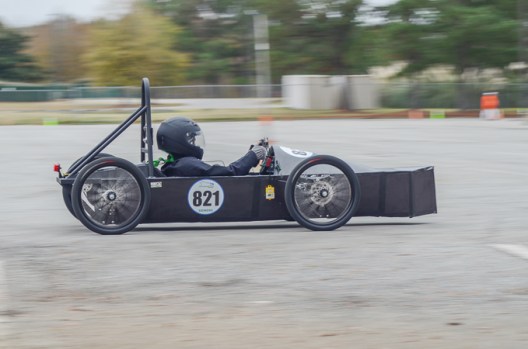 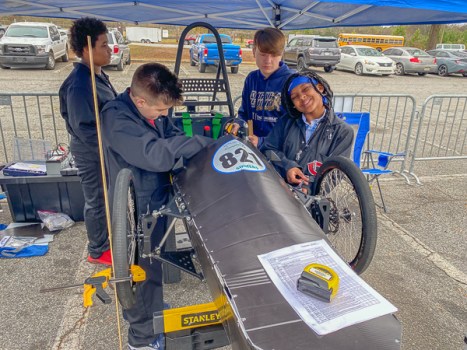 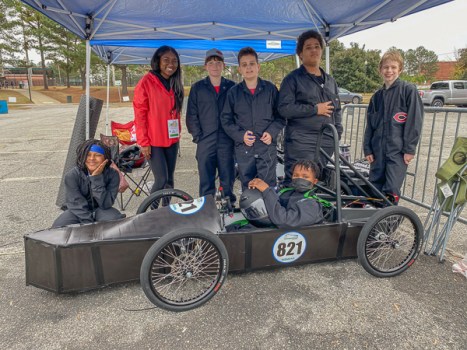 The Callaway Middle School GreenPower team is off to the races in their first season of existence.

In Kenya Buggs, the program found a leader for the fledgling team.

She does not come from a car background, but she is adaptable and willing to learn. This combined with her leadership skills has helped build a team from the ground up.

“I decided to give it a shot even though I know nothing about cars,” Buggs said with a chuckle. “I like learning new things so this was an experience I wanted to try.”

The Callaway team rolled its car out at their first race just last month in December. While the team thought they were just there to make up the numbers, they gave it their best shot regardless. The team excelled on the way to a second place finish in the endurance race and earned their first of many banners that they now proudly display in their lab.

“Our one goal was to finish the race so for them to finish second was pretty awesome because it was not in our vision at all,” Buggs said.

It was just as much of a surprise and relief for the team as well.

“We were happy because we didn’t practice a lot before the race,” driver Tyjah Jones said. “I was surprised.”

For some, there was a jangle of nerves, but for others it was all excitement as they geared up for their first race in the Santa Sprints last month.

“I was a little nervous,” pusher Jeremiah Jones said. “The bus ride over there helped get me ready.”

“The bus ride there was cool, we sang Sweet Caroline and when we got there it was a little stressful because we had to fix some stuff on the car, but overall it was exciting,” pit crew chief Brody Storey said.

Every position on the team has critical importance as the team strives to work in harmony on race days.

While the programs’ baby steps have gone swimmingly, it did not happen overnight. Most of the people on the team had little to no experience with GreenPower or cars in general.

“I just heard the announcement for the team over the intercom and thought it would be fun,” Jeremiah said.

For some, like Jeremiah, it is the only sport they currently participate in. For others, this is a way to balance playing other sports.

“I wanted to do other things besides football,” Tyjah said. “This was something that popped up and interested me so I went with it.”

The Cavalier team plans to attend at least four more races so that they can qualify for the national championship race in Talladega in May, a prospect that has all the members of the team excited.

The Callaway team will hit the tarmac once again on Feb. 4 in Columbus.