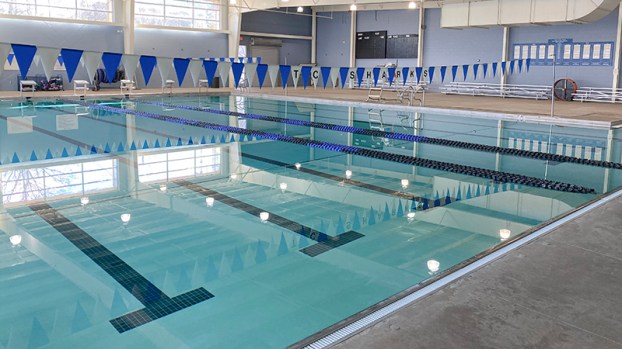 The pool at the Mike Daniel Recreation Center remains closed after an issue was discovered with the boiler. Tommy Murphy | Daily News 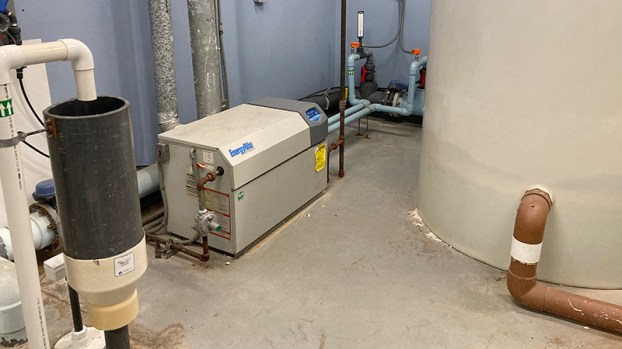 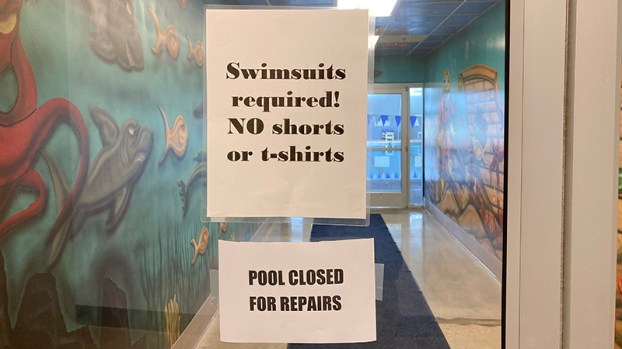 The pool at the Mike Daniel Recreation Center has been closed for two months, and it might be another two months or more before it’s back to normal operation.

Facilities Manager JJ Kuerzi said the pool has been closed since shortly after the heater went out on Nov. 14.

Kuerzi said she opened the pool for early morning swimmers and discovered the water temperature at a chilly 78 degrees. The normal temperature is 82 to 84 degrees. When Keurzi tried to reset the boiler, it would not ignite. It was later determined that the boiler had a faulty control panel, which would need to be reordered.

The Parks and Recreation Department later received confirmation that the manufacturer of the boiler, Lochinvar, does not have the sensors needed to replace the control panel for the boiler, and it could take until March to make a replacement. Kuerzi said they have over 400 of the sensors on backorder.

Kuerzi said they could potentially go with a different type of boiler, but it would potentially take just as long because other companies are having the same issues. Plus, the current control panel is still under warranty through the service provider.

She said she wouldn’t want to swap it for something else anyway.

“The boiler that we currently have is the most efficient boiler for commercial pools,” Kuerzi said. “The only problem is that when something goes wrong it is more difficult to fix due to the complexity of the unit.”

Kuerzi said they are calling weekly to check on the part, which they are hoping to get in late February.

In the meantime, the pool is mostly closed due to it being too cold to comfortably swim.

Dennis said they have considered opening up the pool for people wearing wet suits to keep them warm.

“People think they want to try swimming in it because they have been told that cold water is good for the bones. So, in February I’m going to open up on Tuesdays and Thursdays from 11 a.m. to 1 p.m. for anybody who wants to kind of come in and do the polar plunge,” Kuerzi said.

Kuerzi said the loss of the pool has been a major loss for the community. All three high schools basically lost their swim seasons, she said.

Seniors who use the pool for exercise and therapy are also affected.

“So many of our seniors and our individuals with disabilities use our pool because we are so affordable. This is all they can do,” she said.

“The water is the only thing that enables them to get that relief from their joints while being weightless.”

“We’re really trying to keep a close eye on our members because we know that mentally it’s challenging for them because they’re lonely,” Kuerzi said.

“Our pool is a family in itself. So many of our seniors are alone and use us as their extended family. This is their social time.”

“I’ve had [staff] calling and checking on our older members weekly and periodically to make sure they’re good make sure they don’t need anything. We have several that come in just to say hi.”

Kuerzi said about 80 percent of their morning business has dropped due to the pool closure. Evenings are about the same because of indoor soccer and basketball, she said.

“We’re still having the flux of people coming into the building. It’s really busy and utilized. It’s just we are probably 80 percent down in our visits during the day because of the pool.”

Kuerzi said they plan to extend the memberships of those that currently use their memberships for swimming purposes.