Troup falls to Riverdale at home 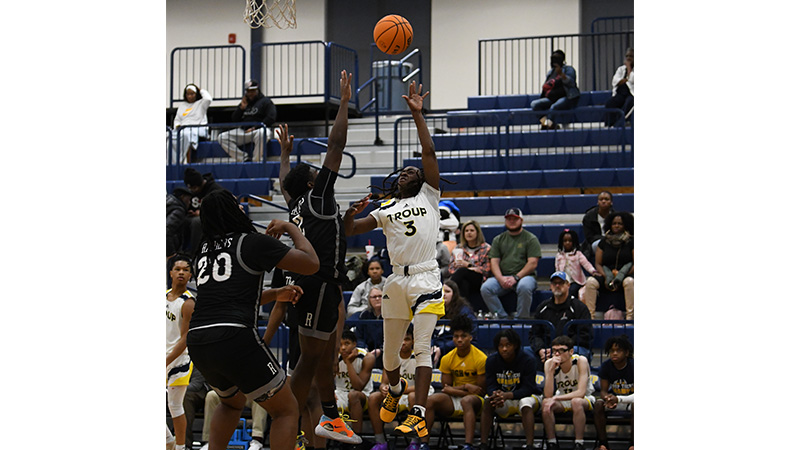 The Troup Tigers let an early lead slip away in their 69-54 region loss to Riverdale on Saturday.

Riding the high from their first region win of the season the night before, the Tigers jumped on the Raiders early. Troup took a 17-11 lead heading into the second quarter. The offense stalled in the second quarter, only scoring eight points and the Tigers saw their lead slip away and trailed by four at the half.

That four point deficit turned into ten by the end of the third quarter with the tiger defense struggling to contain the Raider attack.

The Tigers offense was led by DeJaylen Campbell and Charles Smith who each scored 12 points in the game. Dee Moreland scored none with leading scorer Deo’Vion Tucker kept to a quiet eight points on the night.

Troup fell to 8-9 overall and 1-5 in region play. The Tigers will be on the road Tuesday to take on Starr’s Mill in a region battle.