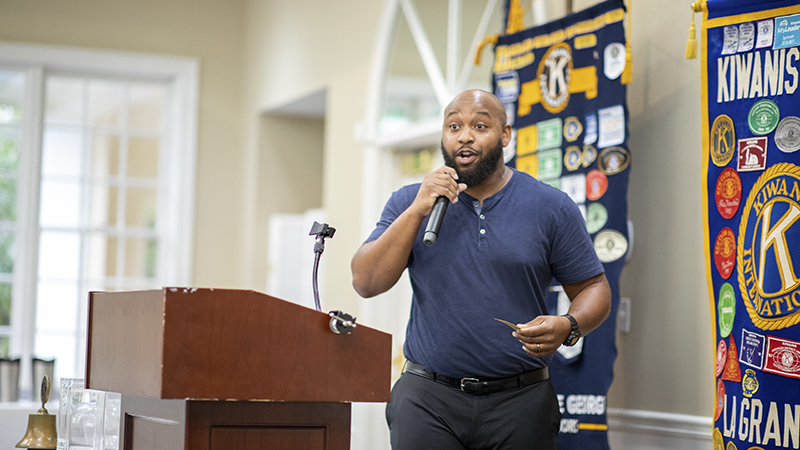 Councilman Edmondson and Councilman Jim Arrington resigned at the close of the council meeting on Tuesday night leaving the remaining council without a quorum. Both plan to qualify to run for mayor on Wednesday and would automatically have been considered resigned upon doing so. As of Tuesday at 4 p.m. Troup County Elections Supervisor Andrew Harper said no one had qualified for mayor. Qualifying ends at 1 p.m. Wednesday.

As City Attorney Jeff Todd explained, only Edmondson’s seat was eligible for the appointment because he had less than a year left on his term. Arrington had more than one year left on his term, so the city charter requires that his seam must be filled by a special election.

Both state law and the city’s charter indicate that a quorum is not required to make the appointment for Edmondson’s seat, and it only requires a majority vote, Todd saoid.

If an appointment was not made by the remaining council members within 45 days, the task would have gone to the governor.

Todd explained that in the meantime, if no one was appointed, the council wouldn’t have been able to conduct any official business due to the lack of a quorum

Gore nominated Boddie to fill Edmondson’s seat based on the fact that he was the second-highest vote-getter in the recent District 2 election and runoff, which was seconded by Mitchell.

Gaskin then nominated Ashley Cousin and Childs nominated Maiya Dowell, both of whom also competed for the late LeGree McCamey’s seat in November. Both nominations failed to get a second.

The motion to appoint Boddie to Edmondson’s former seat was then unanimously carried with a 4-0 vote.

Boddie was not at the meeting, but Mitchell noted he can either come to city hall or wait until the next work session or council meeting to be sworn in if there are no pressing issues.