LaGrange offense can’t get going in loss to Trinity Christian 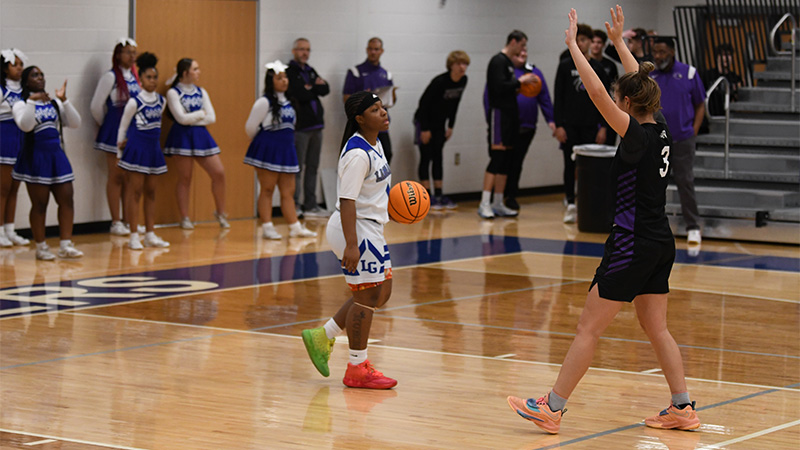 LaGrange could not get much going in a 48-12 loss to Trinity Christian on Tuesday.

It was the second straight game against the Lions, which saw the Grangers score a combined 27 points across the two games. These two games are by far the lowest scoring outputs for the Grangers this season as they struggled to generate much offense against the region leading Lions.

LaGrange could muster precious little offense early, not scoring a point in the first quarter and trailing by 15 points after the opening eight minutes of play. The Grangers were only outscored by one point in the second quarter, but the home team could not chip into the lead. The Grangers offense struggled in the second half, scoring just four points in total.

Corriah Williams led the Grangers with six points by scoring on two 3-pointers in the second quarter. Madisyn Booker and Torria Trammell scored two points each while Ta’Niya Taylor and Nina Brooks scored a point apiece to round out the scoring for the Grangers.

LaGrange fell to 5-14 overall and 2-7 in region play. The Grangers will return to the court on Friday away to Whitewater.