LCS struggles against no. 1 Creekside 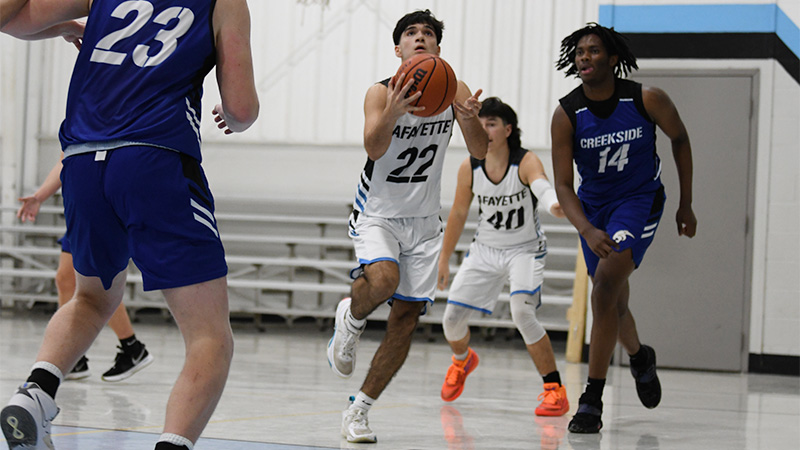 Without their head coach Deve Gisler, the Lafayette Christian boys basketball team struggled mightily against no. 1 Creekside on Tuesday in a 71-30 loss.

It went downhill south for the Cougars who trailed 14-5 at the end of the first quarter. By halftime, the deficit was insurmountable as the Cougars trailed by 21 points. It did not get easier for Lafayette Christian from there with Creekside continuing to pile on the pressure during the second half.

The usually dominant Bruno Tellez was kept quiet with just six points on two made 3-pointers in the game — both came in the fourth quarter with the game out of hand. Joshua Zapata was the team’s leading scorer with nine points. Keaton Murphy and Adam Saylor each scored five points in the game. Saylor returned after missing a couple of games last week with illness and is working to get reacclimated in the lineup.

Lafayette Christian fell 11-2 overall and 2-1 in region play. The Cougars will return to action on the road to Calvary Christian on Thursday.