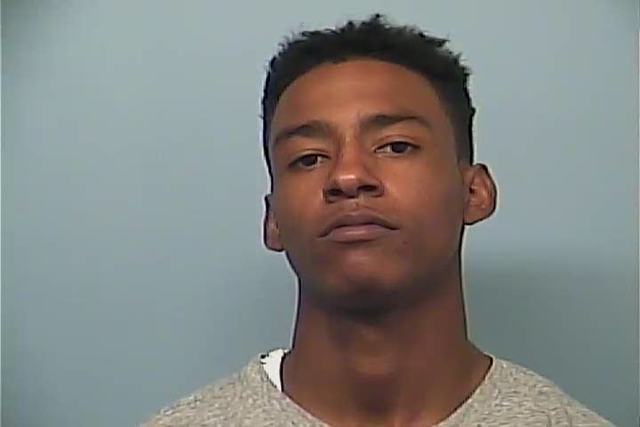 Officials with the Troup County Sheriff’s Office said deputies arrested a suspect in a burglary in progress Wednesday morning.

Deputies responded to the call of a burglary at a home in the first block of South Grayson Trail about 11 a.m. Wednesday morning said a white male was coming out of the back door. They quickly captured Andrew Cantrell, 18, whose address was unavailable and placed him in handcuffs.

While deputies were questioning Cantrell, a second suspect, identified as Jeffery Dallas, 19, whose address was unavailable, fled the scene in a car, according to TCSO officials.

Dallas was arrested by officers with the LaGrange Police Department after they stopped the car on New Franklin Road.

A family returning from vacation called LPD officers when the noticed their home in the 500 block of Ridley Avenue had been burglarized. The victim said they noticed the front door was cracked open and items were missing from the living room, children’s room and parent’s room.

The victim also told police is appeared that the suspects ate some of their food and possibly slept in their house because there were dishes everywhere and the beds were ransacked.

In another reported burglary, a woman told officers someone entered her home in the 400 block of Merrywood Drive on Wednesday afternoon.

The victim said she noticed a window on the left side of the residence had been knocked out and her 50-inch Vizio flatscreen TV, Playstation 4, various Playstation games and a solitaire diamond engagement ring had been stolen from her room. She also told police some of her clothes appeared to be missing.

The victim told police she believes she knows who the culprit may be. Officers are investigating.

LPD officers also are looking into incidents at a home in the 200 block of Darden Meadows Drive on Wednesday.

The homeowner told police several items in her house have come up missing over the last several weeks, including a bluetooth speaker, a Home Depot gift card and an unknown quantity or brand of makeup and perfume.

The victim stated she believed her niece was taking the items, and giving them to people who would randomly drive up at night through a hole in the floor of the home.

Police took pictures of the hole and are still investigating the incident.