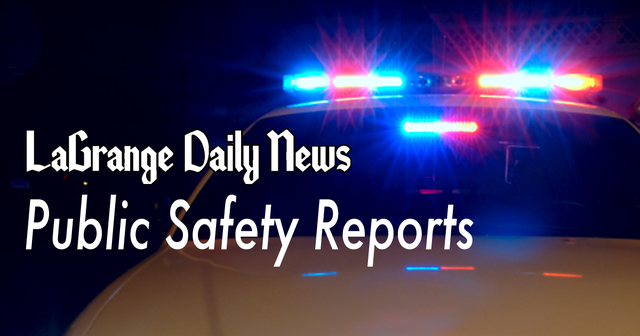 A teen faces a reckless conduct charge after his mother said he fired a gun at her boyfriend, but others said he shot fireworks at the man Saturday in the 200 block of Carver Street.

Officers responded after the mother called police and said her son had shot at the boyfriend during an argument and left in a vehicle. An officer stopped the car the juvenile was riding in and he went back to the home with the officer, where the boyfriend and others denied that the teen had a gun.

The boyfriend was “adamant” the teen had shot fireworks at him, and no one saw the juvenile with a weapon, but heard a shot and saw a flash in the teen’s hand. The mother said she thought the teen had grabbed a gun and started firing, and an officer found a bullet shell casing in the area where the mother claimed the teen had been firing the gun.

Officers charged the teen with reckless conduct for allegedly shooting fireworks at another person, completed a juvenile complaint form against him and released him to his mother.

A man told police he was held up at gunpoint by a man near Peachtree and Cherry streets Friday afternoon.

The victim said he was walking along a path between the two streets when he was approached by man who pulled out a handgun and told him to empty his pockets. The victim told police he initially refused, but complied as the robber began to kick him, knocking the victim to the ground.

The robber ran off, but a report didn’t specify if he took anything from the victim. The victim said the robber identified himself by a nickname, and investigators found a person who matched the description and nickname, but were unable to speak with him.

A resident of the 600 block of North Greenwood Street discovered a bullet hole in a wall a few feet from her bed Sunday.

The resident told police she had heard gunshots about 4 a.m. that day, and later discovered the bullet hole in her bedroom. She and police believed that the bullet was from someone randomly firing a gun and she was not targeted.

The woman told police it was common to hear gunshots in the area at night.

A woman faces a methamphetamine charge after she called police and said someone damaged her hotel room about 1 a.m. Saturday, but officers only found a suspected smoking device.

Officers responded to the Red Roof Inn at 1601 Lafayette Parkway after a woman, identified as Jessica Danielle Pope, 27, whose address was unavailable, reported that her boyfriend had trashed the room and fled. A officer checked the room and found no damage, but said a suspected glass meth smoking pipe was in the floor.

The reporting officer said Pope appeared to be under the influence of methamphetamine, speaking gibberish and having paranoid hallucinations. The officer asked her when was the last time she had smoked meth, and she held her hands out and told him to take her to jail, according to the officer’s report.

The officer took the suspected smoking device into evidence for testing, and Pope was taken to Troup County Jail and charged with methamphetamine possession.

LaGrange police were called to West Georgia Medical Center about 2 a.m. Sunday about a man who came in for treatment because he reportedly had been stabbed in the neck.

The reporting officer said the victim was uncooperative and didn’t want to make a report. The victim had a small puncture wound to his neck and would only say that he had been at a Fourth of July party and someone he didn’t know cut him.

He couldn’t tell officers whether the party was in the city or unincorporated county. The officer documented the incident and gave the victim a case card if he decided to later elaborate.

A 20-year-old woman was charged with DUI after she allegedly hit a car in a parking lot early Saturday morning.

A woman told police that the driver had struck her vehicle while backing out of a space at the apartment complex at Mitchell Avenue and North Greenwood Street about 2 a.m. and drove off. After gathering information on the suspected vehicle and driver, identified as Kevin Yanna Grier, whose address was unavailable, the responding officer reported that he searched the area and eventually came across the car.

He pulled the vehicle over and had Grier to go back to the apartment. Grier allegedly told the officer she had called the vehicle’s owner after striking it in order to not “fuss about it in person,” according to a report.

The officer said Grier smelled of alcohol and gave her a field sobriety test and then a breath test, which showed a 0.089 percent blood alcohol content. The legal limit in Georgia is 0.08 percent. The officer arrested Grier on a charge of DUI and cited her for improper backing.

She was taken to Troup County Jail.

Editor’s note: It is the policy of LaGrange Daily News to identify DUI suspects involved in a collision.

A woman who allegedly tried to steal a sandwich from Publix on Commerce Avenue left her son behind when an employee confronted her, according to a report.

The woman had allegedly tried to walk out without paying for a sandwich while accompanying another woman, but the employee at the checkout confronted her and she denied having a sandwich. She then walked back inside, got a juice and paid for the beverage. The employee went back to where the woman retrieved the juice and found the sandwich discarded.

The employee told police he went outside to confront the women and one of them agreed to come back inside. The alleged sandwich thief instead got in her car and quickly left, leaving her 2-year-old son with the other woman.

An officer contacted the woman, who refused to come back to the store. A warrant was issued for her on a shoplifting charge.