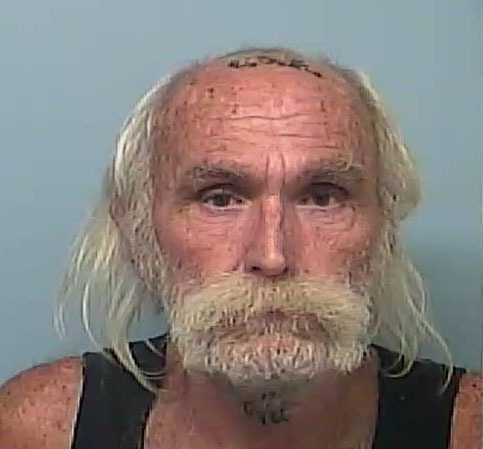 A man who was shot twice by a Troup County sheriff’s deputy after he allegedly opened fire on the deputy has been released from the hospital and was booked into Troup County Jail early this moring.

The Troup County Sheriff’s Office announced today that deputies arrested Terry Lee Caldwell, 60, at his home in the 3200 block of Hamilton Road. He is charged with aggravated assault on a peace officer and possession of a firearm during the commission of a crime. He was being held on a $15,000 bond.

Caldwell is accused of shooting at TCSO deputy Stephen D’Angelo early in the morning of June 29 outside Caldwell’s home. D’Angelo was responding to a call of shots fired in the area.

Caldwell fired shots, as shown in a video released by the GBI, which sheriff’s officials allege were aimed at D’Angelo, but missed and hit his patrol car.

D’Angelo returned fire, striking Caldwell twice, one bullet going through his elbow and into his torso, and another hitting his leg, said Sheriff James Woodruff. Caldwell was flown to Grady Memorial Hospital for treatment.

Woodruff told the Daily News earlier Caldwell could face up to 25 years in prison if convicted.

An employee with JR Food Mart at 1616 Whitesville St. reported to LaGrange Police that four different men came in at different times to cash their pay checks inside the store, but each check bounced

The employee said the first incident was April 13 when a man came in to cash his pay check. After she deposited the money into her account, the check was then canceled by the company.

According to the victim, when she contacted the company to find out what happened, she learned the same man went back to them and claimed he lost his original pay check, so they canceled it and issued him a new one.

The victim said this scam happened at the store three more times – one incident involved a man who won $5,000 from the Georgia Lottery Commission. The suspect then told the lottery corporation he lost the winning check, according to the victim.

The suspects face charges of theft by deception.

A woman told police she was on her front porch in the 500 block of Revis Street drinking about 3 a.m. Tuesday when a male walked up and asked her for a beer. She told him no and to get off her property. The male then pulled a handgun from his pocket and stated he would “spray the whole block,” the victim told police.

The victim’s granddaughter backed up the story and told police the male had a black semi-automatic pistol. The women described the male as African-American estimated to be 16 to 20 years old with a medium build, a box hair cut, wearing dark jeans with a shirt thrown over one shoulder .

Police searched the area but did not locate any suspects.