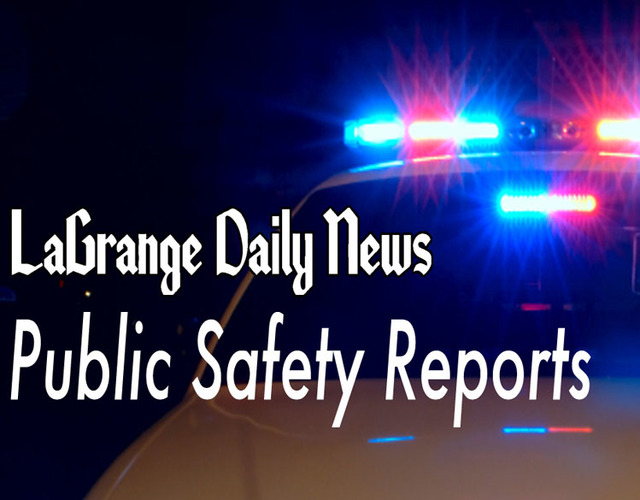 LaGrange police officers tussled with a suspect arrested for a parole violation about 1:30 p.m. Tuesday near Simmons and Butler streets.

Officers with Georgia State Parole identified the suspect as Demetrice Gates, 42. When LaGrange officers arrived on scene to take him on the probation violation charge, an officer allegedly found crack cocaine on Gates. The officer said he placed the suspected drugs on the trunk of a patrol car.

While attempting to exchange handcuffs between officers, police reported that Gates twisted away and ran toward the patrol car.

One of the officers grabbed the suspect by his T-shirt, which ripped off his body, stated the report. Gates then began to attempt to fight with officers, and officers forced him to the ground.

The report said the suspect managed to grab one of the officer’s baton and the officers backed off while another officer used his Taser on Gates.

Gates was then handcuffed without further incident and transported to Troup County Jail. He was charged with possession of cocaine, tampering with evidence and obstruction.

An employee at the Dollar General on Commerce Avenue allegedly was caught short-changing the cash register over a period of several weeks.

The manager told LaGrange police he noticed the employees register printouts had an unreasonable amount of price inquiries. Video showed the employee would bag an item and hit a button so it sounded like it was being rung up, but nothing was being charged to the customer — who, according to the manager, was also the employee’s family member.

The manager alleged to police that the employee stole about $700 worth of products over the course of three or four weeks.

The employee confessed and was arrested, according to a report.

A homeowner returned to her house in the 100 block of Creekside Drive to discover someone had stolen her oven and refrigerator with a combined value of $2,200.

The homeowner told police her family is in the process of moving out of the residence and they had removed most of their belongings. She returned Tuesday and noticed food items strewn across the driveway and the appliances missing from the kitchen.

According to police, there was no sign of forced entry into the home.