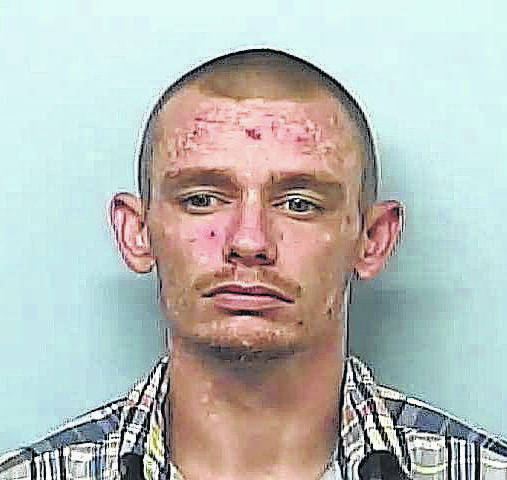 Investigators with the Troup County Sheriff’s Office is seeking help identifying a suspect that may have helped a man commit a vicious crime.

According to TCSO officials, two people reported on Tuesday that one of them had been kidnapped at gunpoint and the other had been violently pistol whipped during an armed robbery. Investigators were still looking into the incident and using the information provided, said Sgt. Stewart Smith, spokesman at the TCSO, and so far had narrowed down the location of the incident to the east side of the county.

One of the victims sustained broken bones in their facial region, according to a TCSO report.

Investigators said an unknown black male may have assisted Creed in this crime. They are seeking any information about the identity of the second suspect.

A woman told police two females made good on their threats to beat her up, and they came to her home in the 900 block of Mooty Bridge Road around 7:15 p.m. Wednesday to do it.

The victim also told LaGrange police officers the women punched her and kicked her in front of a small child that was with the females.

According to the victim, the two women had been harassing her throughout the day through text and phone calls. The females then showed up at her house and banged on the door. When the homeowner opened the door, the victim stated the two women immediately jumped on her and started punching her.

The woman told police she defended herself until a neighbor broke up the fight. The two females and the child then left the location, the victim stated.

According to the police report, the victim sustained injuries to her top lip, left elbow and right foot.

The officer tried to make contact with the other women, but could not locate them. The report states both females could be charged with battery.

A dare may land one man in trouble with the law after an eyewitness alleges she heard a woman tell him to break out a glass window on the front door of a home in the 100 block of Mitchell Avenue.

When a LPD officer arrived on scene around 8 p.m. Wednesday, he found a woman who lived next door who allegedly dared the man to break the window. She denied knowing about any damage, but did admit to officers who the man was and his name.

The officer then spoke to the witness who said the same woman stated to the man, “I bet you won’t go over there and bust out a window.” The male then walked next door to the home and used his elbow to break the glass on the front door, the woman said, then left on foot towards Banks Street.

According to the report, officers found shards of glass on the ground under the window and observed a small pane broken out of the front door.

Officers attempted to find the male suspect, but were unsuccessful.

A man returned home from work around 2:30 a.m. Thursday to find his gray 2000 Kia Sephia missing from the back of his residence in the 700 block of South Greenwood Street.

He told police it was there before he left for his shift, but gone when he got back.

According to the owner, the vehicle was unlocked.