West Point man charged with threatening to kill another 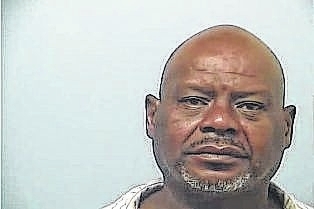 A West Point man was behind bars this morning after allegedly pointing a gun at another man and threatening to kill him.

Clinton Bailey, 55, of West Point was charged with aggravated assault.

According to West Point police officers, the victim said Bailey pulled up beside him in a red pickup truck at the corner of Avenue K and 14th Street as he was walking home about 6 p.m. Sunday.

The victim told police they got into a verbal altercation and Bailey pulled out a small revolver, pointed it at him and allegedly said, “I’m going to blow your brains out.”

West Point police also spoke to a witness who confirmed the victim’s allegations.

Officers said they interviewed Bailey, who admitted he was involved in a verbal altercation with the victim because the man owed him $200. He denied the use of a weapon at first, but later told police he owned two guns, including a revolver.

Bailey was arrested and taken to the Troup County Jail.

• Somebody swiped a Mini iPad, valued at $375, between 11 a.m. and 2 p.m. Saturday from a person while he was working at the Chili Cook Off on Lafayette Square. The victim told police he laid it down on a table behind him.

• A homeowner told police someone stole his Glock 21, .45-caliber handgun from his home in the 800 block of Wisteria Way, valued at $631.