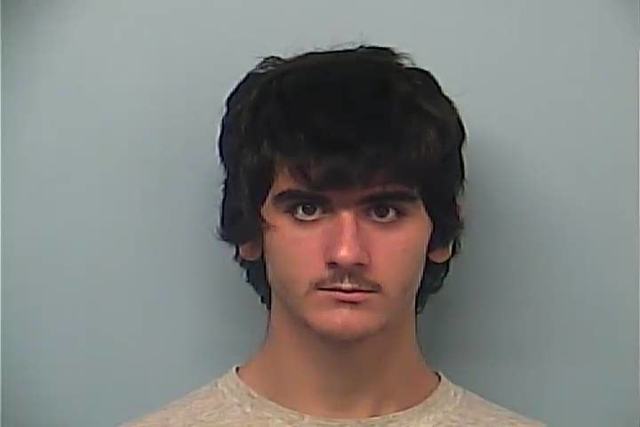 Detectives with the LaGrange Police Department have arrested a teenager for allegedly raping a female juvenile.

Jondell Saxon, 19, of Snelson Street in LaGrange, was charged with rape and other sexual indecency charges.

LPD detectives said the female came forward and reported the rape on Sunday.

The investigation is ongoing. Anyone with any information about the case is asked to call the LaGrange Police Department at 706-883-2603 or Troup County Crime Stoppers at 706-812-1000.

A female juvenile told LaGrange police detectives Monday her mother kicked her out of their home in the 500 block of Harwell Avenue over the weekend.

The victim said her mother also kicked out her siblings.

According to the young girl’s statement to police, her mother took her clothing and threw it in the trash.

A man told LaGrange police on Monday he was notified by his bank after a check he stopped payment on was forged and cashed at an unknown location.

The man showed police the check was originally made to Charter Communications.

He said his checking information was used at a Walmart and the suspect took $1,200 from his account.

The LaGrange police Criminal Investigation Section took over the case and will look into it further.

A maintenance man called LaGrange police Monday afternoon after noticing someone had damaged the home and visitor side concession stands sometime between midnight and 6 a.m.

LaGrange Police said it looked as if someone had beat the door knob with an unknown object on the home side concession stand causing around $500 in damage. According to the report, the vandals had also tried to pry open the roll down concession window, causing an estimated $250 in repairs.

The visitors’ side concession stand had a decorative window busted out and a broken lock. The maintenance crew estimated it would cost a total of $1,550 to repair all the damage to both concession stands.

A woman reported on Monday around 6 p.m. someone had just stolen her car in front of a home in the 200 block of Dix Street.

The victim told police she left her 1996 green Nissan Maxima running while she ran inside her friend’s home for five minutes. She said when she came back out, her car was gone.

LaGrange police immediately placed a look-out bulletin on the car.