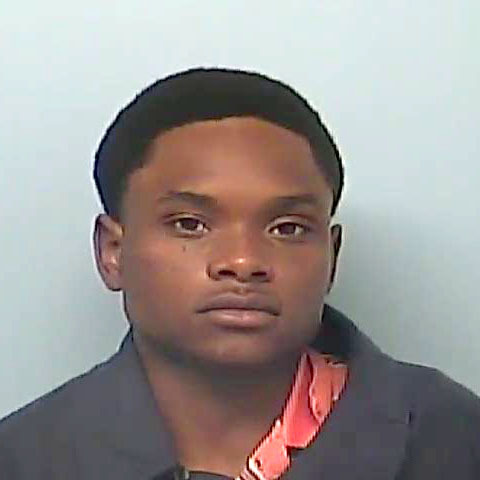 Detectives with the West Point Police Department are investigating an alleged rape about 6 p.m. Sunday.

Detective Shannon Bavarro said police had enough probable cause to arrest Joshua Woodyard, 20, of West Point, and charge him with rape.

Bavarro said the victim, who is considered to be a minor, and Woodyard knew each other.

She declined to say where the attack took place, pending the outcome of the ongoing investigation.

Bavarro stated as of Wednesday afternoon, Woodyard remained in the Troup County Jail.

A father contacted LaGrange police about 10:15 p.m. Tuesday after learning an unknown female attacked his daughter at Callaway Stadium earlier in the evening.

The female told officers a male juvenile at the location made comments about her. She said she approached him and asked him if he knew her. The juvenile said “no.”

According to the victim, the male then told his mom what she said to him. The unidentified woman then came over and started cursing at her, the victim stated.

The female said she argued with the woman, and the mother allegedly grabbed her by the throat and attacked her.

The officer noted the girl had visible scratches to the right side of her face and shoulder, plus bruises on her left arm.

Police are investigating the incident and charges are pending.

A man called LaGrange police about 9:20 p.m. Tuesday after finding someone had broken into his home in the 100 block of Martha Street.

Police said it appeared someone cut a screen from a window to enter. According to the homeowner, the burglars stole a 55-inch Emerson flat-screen TV, 40 PlayStation 3 games, a PlayStation 3, a Chromecast, five DVDs, a reciprocating saw, various tools, various prescription medicines, a Wii, 10 Wii games, two Wii controllers, a black gym bag, toiletries and a padlock.

The total value of all the items stolen was estimated at $4,470.

LaGrange police are investigating a pair of shoplifters caught on camera at the Walmart on New Franklin Road.

Officers responded to the store about 12:30 p.m. Wednesday to review surveillance footage of a man who walked into the sporting goods section and selected a $300 crossbow.

According to police, the man then appears to place another bar code on the box containing the crossbow.

The customer walks to the self-checkout line, but had problems getting the bar code to scan. Police said in the video, an unknown female appears and types in the bar code, which rings the crossbow up for just $25 instead of $300.

The couple then leave the store.

Walmart employees told police they believe the man in the video may have shoplifted there before.

A man had to be escorted from a doctor’s office after becoming upset he could not see his regular physician.

LaGrange police were called out to the Neurological Center at 300 Medical Drive about 2:30 p.m. Wednesday after the patient became disruptive.

The staff told officers the man wanted to see a particular doctor and after being told he couldn’t, the patient became upset. At one point he walked into an exam room without permission, staff members told police.

The staff requested the patient no longer be permitted into the office.

Officers cited the man for criminal trespass and barred him from returning to the premises.