LaGrange native Elijah Kelley to star in ‘The Wiz’ 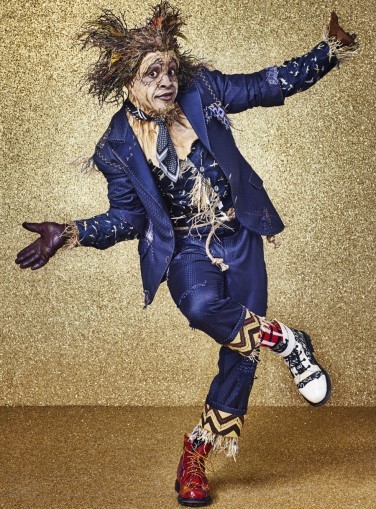 Evalene Flournoy, left, poses for a photo with her son, actor Elijah Kelley, in an undated handout photo. Kelley, a 2004 graduate of Troup High School, is set to star in NBC’s live production of ‘The Wiz’ Thursday at 8 p.m.

http://lagrangenews.com/wp-content/uploads/sites/37/2015/12/web1_Elijah-Mother.jpgEvalene Flournoy, left, poses for a photo with her son, actor Elijah Kelley, in an undated handout photo. Kelley, a 2004 graduate of Troup High School, is set to star in NBC’s live production of ‘The Wiz’ Thursday at 8 p.m. Concept art shows the look for Elijah Kelley as the scarecrow in NBC’s live production of ‘The Wiz,’ to air Thursday at 8 p.m.

http://lagrangenews.com/wp-content/uploads/sites/37/2015/12/web1_Elijah-Scarecrow.jpgConcept art shows the look for Elijah Kelley as the scarecrow in NBC’s live production of ‘The Wiz,’ to air Thursday at 8 p.m.

LaGRANGE — A 2004 graduate of Troup High School is set to appear in a nationally televised live musical.

Elijah Kelley, who previously starred in films “Hairspray” and “Red Tails” with parts in other major motion pictures, will play the Scarecrow in NBC’s live production of “The Wiz” Thursday at 8 p.m.

The role marks the reunion between Kelley and his “Hairspray” co-star, Queen Latifah, along with Mary J. Blige as the Wicked Witch of the West, David Alan Grier as the Cowardly Lion and Ne-Yo as the Tin Man.

Kelley grew up in LaGrange singing and performing in gospel bands and even appeared in several Coca-Cola commercials. After graduating from THS, he and his family moved to Los Angeles so he could pursue his acting career.

Since then, his mother, Evalene Flournoy, has moved back to LaGrange. She fondly remembers Kelley growing up here.

“He went to Rosemont Elementary School, then went on to Long Cane Middle and graduated from Troup High School,” she said. “In the meantime he was doing commercials, voice overs and things of that nature. It just escalated to where he is now.”

Flournoy said she encouraged him to pursue his dreams from a young age.

“He was about 3 years old, and that was what he wanted to do even as a child — to entertain, make people laugh and what have you,” she said. “He wanted to be an actor, and that was his dream years ago.”

She hopes other parents will help their children follow their own dreams.

“Every child, every person that has been created has a gift, or a talent or something that they can contribute to society,” she said. “All of us have something positive that we can contribute to society. We won’t ever do it if we are looking at the next person, we have to look deep down in the self and ask what is it that we’re good at. It may be that you’re a helper or have compassion … there’s something special about everybody who’s been created and put on this earth.”

To help a child be successful, Flournoy said, it takes more than just good parenting.

“I want to thank LaGrange, to thank his teachers and everybody who’s ever had anything to do with helping him go this far,” she said. “We are thankful, and it takes a villages, yes it does. It takes positive-minded people to raise our children.”

Flournoy said she spoke with her son Tuesday and he’s in New York preparing for the show.

“He’s nervous, but excited,” she said.

Kelley had several TV and film roles before his breakout performance playing Seaweed J. Stubbs in the 2007 production of “Hairspray” with Queen Latifah and John Travolta. For the role, he received a Young Hollywood Award for One to Watch and was nominated for a Critics Choice Award.

In 2013, he appeared with an all-star cast in “The Butler.” The movie, starring Forest Whitaker as Cecil Gaines, is based loosely on the life of Eugene Allen who was an eyewitness to many historic events of the 20th century during his 34-year tenure as a butler in the White House. Kelley played Gaines’ younger son Charlie in the movie, which starred Oprah Winfrey.

— The LaGrange-Troup County Chamber of Commerce contributed to this report.