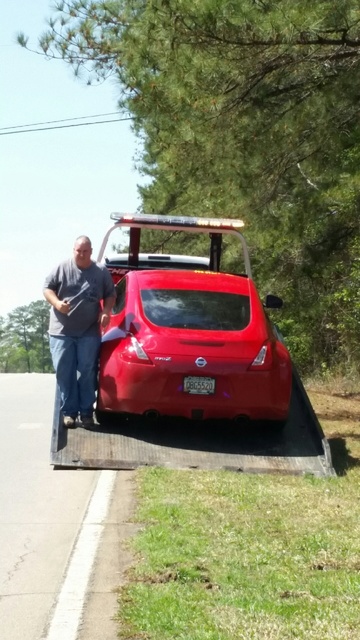 A Troup County man faces several charges after allegedly refusing to pull over for a deputy on Hogansville Road just before 1:30 p.m. Monday and leading deputies on a brief, high-speed chase.

Sgt. Nathan Taylor, head of the Troup County Sheriff’s Office K9 and Narcotics Division, said a sheriff’s investigator was attempting to stop the driver of a red Nissan 370 Z for speeding on Hogansville Road.

Instead of pulling over, the southbound driver gave the investigator the middle finger and took off at high speed, Taylor stated.

More Troup County sheriff’s deputies joined the pursuit. Taylor said as the driver entered the LaGrange city limit, he ended up stuck behind slow traffic. Deputies, including Taylor, boxed the driver in and pulled him over just outside the Merrill Heights neighborhood.

The driver was charged with fleeing and attempting to elude, speeding, passing on a solid yellow line and passing on a hill or curve, all misdemeanors.

Taylor said Monday the driver gave no explanation of why he allegedly fled.