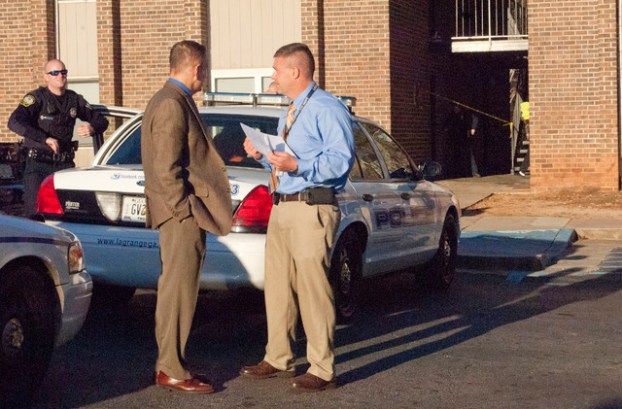 Two homeowners called police Monday night just before 11:30 after discovering someone broke into their residence in the 100 block of Belk Street.

One of the victims told police someone stole a 42-inch LG flat screen TV, a new XBoxOne, the remote and a video game.

The total value was reported around $840.

According to the report, the suspect also smashed a set of drawers that had a padlock on it in one of the bedrooms.

One of the victims said the spare key to his maroon 2007 Ford Crown Victoria car was inside the set of drawers. He told officers his car was also stolen. He estimated the value of the vehicle at $4,000.

The second victim reported the spare key to his 2001 Chevy Impala was also gone. It was unclear if the car was stolen as well.

One of the victims told police a pair of black Nike shoes valued at $165 was also taken.

A 2-year-old girl accidentally shot in the back Jan. 4 inside a residence at the Wood Glen Apartments at 64 North Cary Street has returned home following treatment at Children’s Healthcare of Atlanta for her injuries.

According to LaGrange Police investigators, the toddler was release from the hospital a few weeks after the incident.

One LPD detective who saw the 2-year-old shortly after she came home described her as a “happy and normal little girl.”

Investigators said the toddler was shot by another child after they found a loaded handgun underneath a couch in the living room of the apartment. The 2 year old was visiting her mother’s friend, according to police.

Meanwhile, the investigation surrounding the little girl’s shooting has come to a standstill.

According to police Lt. Dale Strickland, no one is claiming ownership of the weapon.

Strickland stated the gun used in the incident was sent to the Georgia Bureau of Investigation crime lab for processing.

He said investigators do have a person of interest in the case, but police cannot link that person as the owner of the weapon until they receive the results from the GBI crime lab, Strickland said.

By Melanie Ruberti mruberti@civitasmedia.com LaGRANGE — Skateboard enthusiasts will have to find other places in town to ride the rails... read more