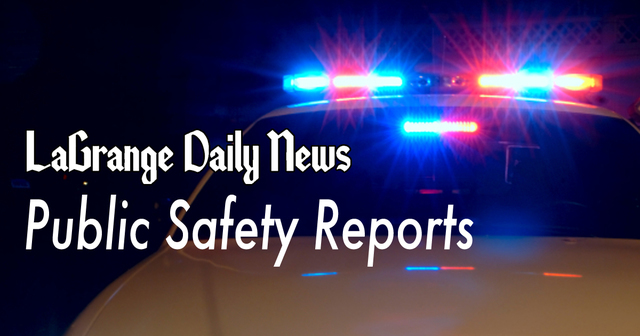 Two teens were taken into custody at the Valley Ridge Apartment complex at 950 Mooty Bridge Road about 5:45 p.m. Tuesday after allegedly shooting a car with a BB gun.

The driver told LaGrange police he was on Walmart Drive next to the Walmart Super Center when he heard something hit the passenger side of his SUV. He found two BB-sized holes, one each in the front passenger door and back passenger side door.

Meanwhile, another officer checked the area for possible suspects and spotted the two teens, who immediately ran when they saw her car, according to the police report.

The officer detained the juveniles and found a black Daisy BB gun in the woods near the apartment complex.

During a search, officers found BB pellets in one of the juvenile’s pants pockets.

The teens were taken to the LaGrange Police Department where officers called their parents.

One of the youths admitted to shooting the BB gun, but stated he did not shoot any cars. That teen was cited for criminal trespass, the report states.

Both juveniles were released into the custody of their parents.

One man was arrested after running from LaGrange police because “he was scared.”

Officers with LPD’s Crime Suppression Unit stopped in front of a home in the 700 block of Jefferson Street about 10:40 p.m. Tuesday to speak with a man sitting on a front porch who was possibly wanted by police.

Officers stated when they stepped out of their patrol cars they smelled marijuana. Before they could ask the man any questions, he stood up, walked to the front door and ran through the house and out the back door after being told to stop, officers said.

Police chased him to South Lee Street where the man was eventually taken into custody.

Officers searched the suspect’s home and found a digital scale and suspected marijuana, the report states.

When officers asked the man why he ran before they could talk to him, he said, “I got scared,” according to the report.

The suspect was charged with misdemeanor marijuana possession and obstruction.

• A man reported to LaGrange police on Tuesday his Toro push mower, Stihl trimmer and various gardening tools valued at a total $500 were taken from the front porch of his home in the 100 block of Cox Street. The victim believed the theft actually occurred Friday.

• A woman called LaGrange police on Tuesday evening after a juvenile allegedly stole her son’s bicycle, valued at about $150, from their home in the 200 block of Cosby Drive. Neighborhood children told her who took the bike and where to find it, the report states. The bike was recovered, but had been spray painted a different color.