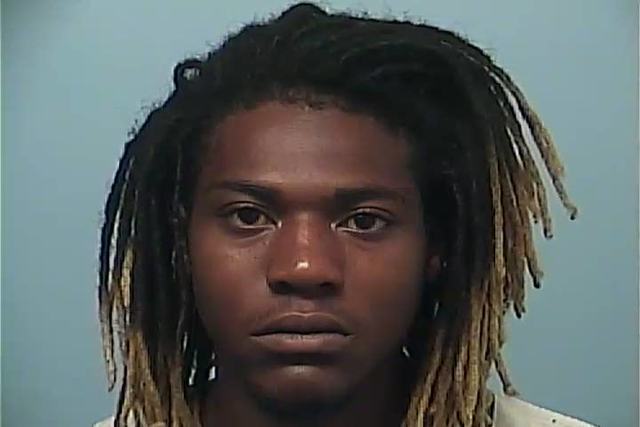 An alleged thief barely made his getaway while entering into a stranger’s car about 7:35 a.m. Wednesday in front of the Greenville Food Mart at 934 Greenville St.

The store manager saw the suspect ride into the parking lot on a bicycle and caught him reaching into the vehicle, said LaGrange police. The manager immediately shouted a warning to the car owner who was inside the building.

Both men ran outside and told officers the suspect ditched the bike and took off on foot through some woods toward the railroad tracks.

The victim’s cell phone and wallet were stolen from the car, the report stated. Both items were valued at about $85.

The victim told police he left his vehicle unlocked and windows rolled down. He also said his cell phone and wallet were left in plain view inside the car.

Ferrell was wanted by police after he allegedly discharged a firearm in a public area near East 9th Street, Carter said. No one was hurt during the incident. It was not clear as of press time when the incident took place.

When officers arrested Ferrell, they found a pistol in his possession, stated Carter. Ferrell is also a convicted felon, Carter added.

He was charged with reckless conduct and possession of a firearm by a convicted felon.

Two employees at the McDonald’s restaurant at 1502 Lafayette Parkway could be in serious trouble after allegedly attempting to pass a counterfeit $100 just after 4 p.m. Wednesday.

The restaurant manager said an employee who was not scheduled to work Wednesday came into the building in uniform and asked an on-duty cashier to give her change for a $100.

Later, the manager learned the bill was a fake and had the transaction recorded on paper of who passed it said LaGrange police.

The manager made the cashier repay the money to the restaurant or be terminated, the report states.

LaGrange police learned the employee who brought in the counterfeit bill has an outstanding warrant through LaGrange Municipal Court.

Officers placed the fake $100 bill in evidence and are still searching for the employee.

• A man was issued a citation for cruelty to animals after he left his dog inside car in the Publix parking lot off Commerce Avenue about 1:45 p.m. on Wednesday while he shopped inside the store.

A woman passed by the car and heard the dog moaning and barking and went into the PetSense store in the same shopping complex to get some help, the police report stated.

The windows on the vehicle were cracked but LaGrange Animal Control officers used an infrared thermometer and said the temperature on the dash was reading at 108 degrees and 90 degrees from the driver’s side window.

The temperature at the time was 93 degrees, said officers.

LaGrange police found the owner inside the grocery store. The owner told officers he was only inside the store 10-15 minutes to shop, the police report states.

• Officers with LaGrange Animal Control discovered two dogs illegally tethered to a porch in the 700 block of Murphy Avenue about 3:30 p.m. Wednesday without proper shelter, food or water.

A red pitbull puppy was surrounded by feces and had a dirty bowl of water, the report states. An Australian Shepard mix dog had moldy food with various types of insects in and around the bowl.

Officers attempted to contact the owner, but no one answered the door, according to the report.

The officers took the dogs and transported them to the animal shelter where they were given clean food and water.