RNC: On the issues: Jobs 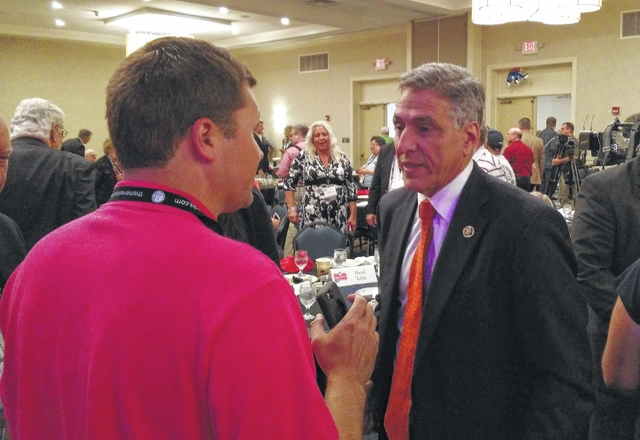 For many delegates, especially those in small business, job creation is a key issue at the Republican convention.

Tracie Sanchez, owner of Lima, Ohio-based Lima Pallet Company, is hopeful that having a man of business as America’s chief executive will foster a more job-friendly atmosphere in the nation.

“As far as jobs go, I think he’ll bring a positive influence to America,” she said. “I also like the portion about getting it through to young people who are growing up thinking everything’s for free, the need to work hard. I think that’s what Donald Trump and his family bring to the table.”

But for LaGrange, Georgia, small business owner Dale Jackson, the answer for America’s employment issue will not be found in Washington, D.C.

“Ultimately, the Republican Party and our candidate are supposed to be advocating for government’s limited role in creating jobs,” he said. “I don’t think the Founding Fathers intended the federal government to control job growth. We need to understand the role of government in the marketplace and to make sure we’re doing everything we can to get out of the way for the market to work. Hopefully, then, we’ll be able to get out of this recession and ‘recovery.’”

U.S. Rep. Lou Barletta, R-Pennsylvania, right, speaks with a staff member after delivering the final address at Wednesday’s Pennsylvania GOP Delegation breakfast at the DoubleTree by Hilton Hotel in Westlake.

http://lagrangenews.com/wp-content/uploads/sites/37/2016/07/web1_RNC-BarlettaBreakfast-1.jpgU.S. Rep. Lou Barletta, R-Pennsylvania, right, speaks with a staff member after delivering the final address at Wednesday’s Pennsylvania GOP Delegation breakfast at the DoubleTree by Hilton Hotel in Westlake.