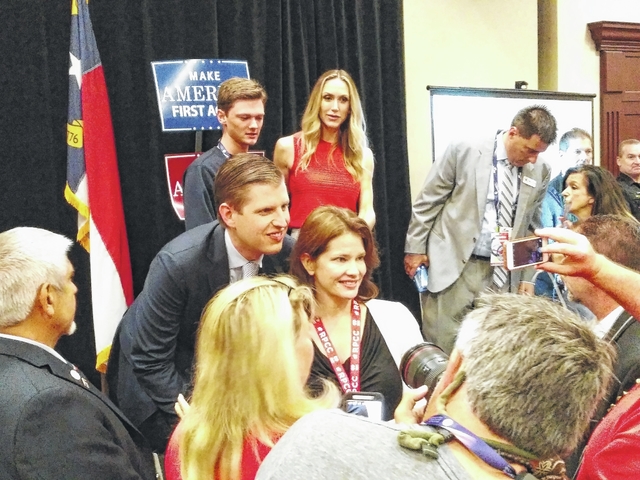 Eric Trump, executive vice president of the Trump Organization and son of Republican presidential nominee Donald Trump, paid a visit to the North Carolina GOP delegation during a breakfast Thursday. Trump was joined by his wife, associate producer of “Inside Edition” and native North Carolinian Lara Trump.

“When we entered politics, she put her hand up and said, ‘Put me in charge of North Carolina, and I promise I’m going to win this thing for you,’” Trump said, speaking about his wife. “We ended up winning the state in a very big way.”

Trump praised the state in his address, thanking North Carolina for giving him his longtime girlfriend and now wife.

“One thing I’ll say about North Carolina is that it has some of the most amazing people in the world, and that’s why I married this one,” he said.