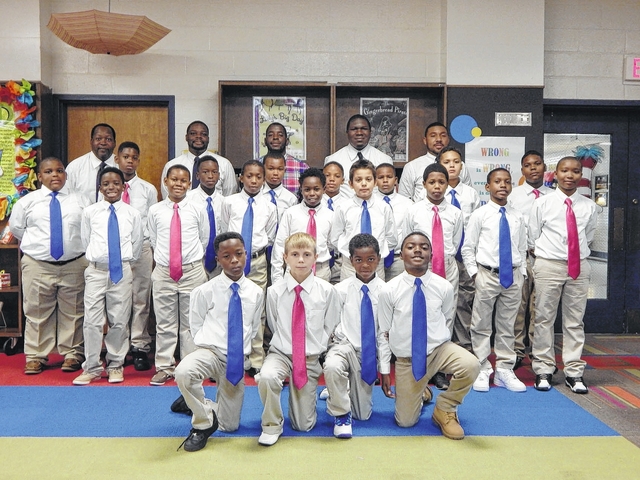 The group is led by Jerome Cofield. Each week the young men will dress for success and work with Cofield and other mentors to learn the skills needed to be successful. A group of third through fifth grade young men were chosen as the beginning members.

This group is made possible through donations from Communities in Schools and other private donors.

“We started with two young men dressing for success, and others wanted to join and we made it happen,” said CIS director Tabitha Lewis Coverson. “It’s part of the CIS mission ‘to surround students with a community of support, empowering them to stay in school and achieve in life” and these young men are definitely on the right track.’”

As the year progresses, the goal is to expand this group to reach all the young men at Whitesville Road Elementary. The mission is to reach out to these young men at an early age in hopes that they will carry these skills with them to create a positive and productive future for themselves, stated school officials.