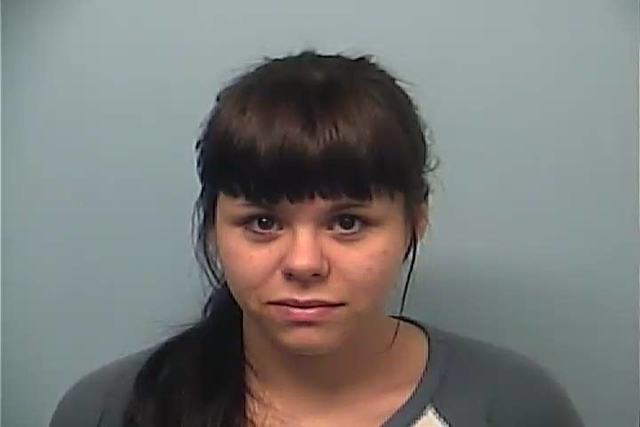 A man being processed into the Troup County Jail was given additional charges when a LaGrange Police officer noticed suspected marijuana residue on the back of his pants.

The officer became suspicious after the suspect started moving around in the back of his patrol car, the report stated.

When the suspect arrived at the jail, a deputy searched him and found the marijuana rolled up in a white napkin inside the man’s boxers, according to the report.

The 28-year-old man was originally arrested by LaGrange Police after fleeing from officers as they tried to serve a warrant at his home in the 100 block of Brown Street about 7:30 p.m. on Wednesday.

He was apprehended by police a short time later, the report said.

The suspect was charged with obstruction and possession of marijuana – both misdemeanors.

The arrest was part of an undercover operation targeting illegal prostitution in Troup County, stated investigators.

Kim was taken into custody and remained in the Troup County Jail as of press time on Thursday.

A 17-year-old girl was arrested about 8:45 p.m. on Wednesday for allegedly hitting a car while driving under the influence.

The accident happened in the parking lot of the Walmart at 805 New Franklin Road, according to the report.

The driver of a Cadillac SRX told LaGrange Police the teen backed into his parked car, despite him honking the horn in an attempt to stop her.

A LaGrange Police officer noticed a strong odor of alcohol coming from the teen and performed a field sobriety test. The 17 year old had a Breathalyzer reading of .136, according to the report.

The teen allegedly admitted to police she consumed five beers about three hours before the accident, officials said.

The girl was arrested and charged with driving under the influence – a misdemeanor.

A woman applying for an online job told LaGrange Police she was swindled out of $1,800.

The victim said she was contacted via mail for a “mystery shopper” job.

A letter stated she was to cash a check for $1,950 and send $900 back to another woman at Walmart using Money Gram according to the report.

The woman said three days after cashing the check, the bank told her the check was bad and she was missing $1,800 from her account, the report stated.

All four are charged with trafficking methamphetamine by the Troup County Sheriff’s Office.

Investigator James Luke Thompson, with the TCSO Narcotics Unit, told the court the department received a tip about possible drug activity at a home in the 100 block of Buck Murphy Road.

When investigators arrived at the house on Oct. 5, they found all four suspects inside the residence plus Toby Jonathan Buice, 38 and April Diane Hendrix, 32.

Investigators conducted a search of the home after receiving consent from the owner and found four plastic baggies of methamphetamine inside a ventilation system, Thompson testified. Investigators also discovered another bag of meth in some dresser drawers.

According to Thompson, Adam Davis admitted to investigators, “… they were smoking meth inside a room.”

Ken Gordon, defense lawyer for both Davis brothers, asked presiding Magistrate Court Judge Vickie Sue McWaters to dismiss the charges against his clients. He cited lack of probable cause.

McWaters denied his motion and ruled that all four remain behind bars in the Troup County Jail without bond.

Both Hendrix and Buice waived their probable cause hearing on Thursday.