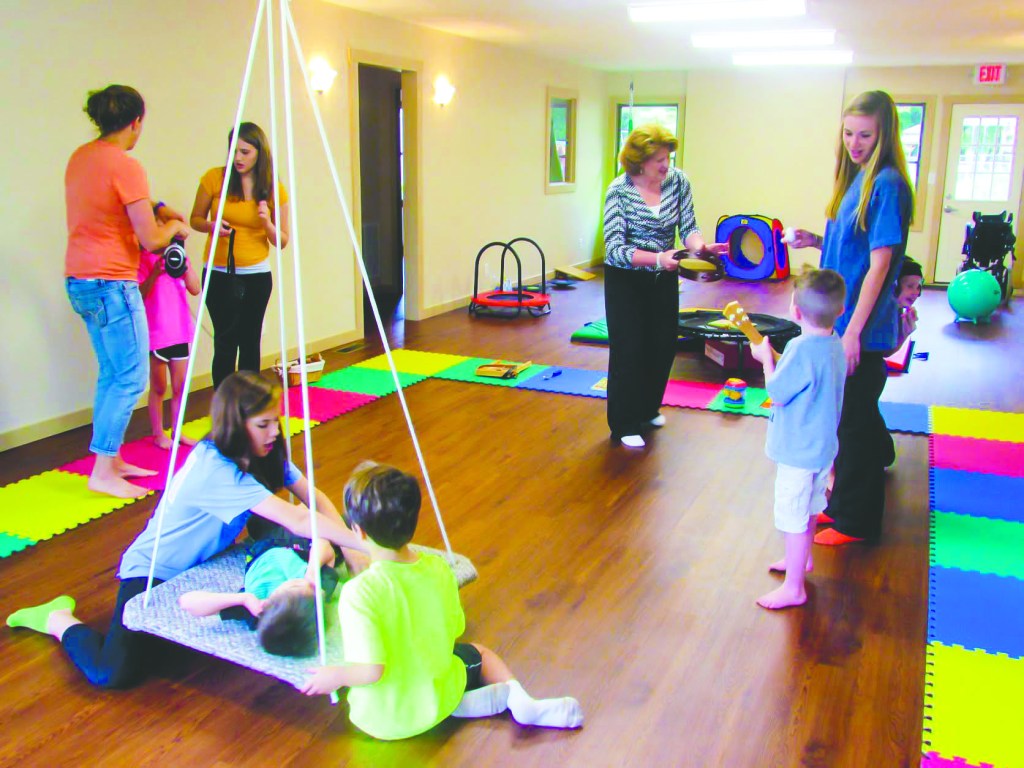 Teachers and staff help special needs students at Discovery Cottage on the Lafayette Christian School campus. Both schools are part of the Georgia GOAL Scholarship program that allows them to receive money and help families with tuition assistance. (File)

LaGRANGE — The deadline is rapidly approaching for those hoping to place their state income tax money in a school of their choice.

The Georgia GOAL Scholarship program was founded under a law passed by Georgia legislators in 2008 called “Georgia’s Education Expense Credit” or HB 1133. It is one of many organizations helping families pay for tuition in private schools across the state.

“People sign up (for the program) and can say, ‘I want to allocate $2,500 of the money I pay in taxes to go to the GOAL scholarship program. I want that money to specifically go to Lafayette Christian School,’” explained Dale Jackson, chairman of the Discovery Cottage Booster Club. “… People get confused. This (law) gives you the ability to tell the state of Georgia where you want those taxes to go … to any particular school.”

But the money can only be used for tuition assistance.

“This year, there are 90 students whose parents are receiving some assistance through the GOAL program,” said Lafayette Christian School Headmaster John Cipolla.

Since LCS has participated in the GOAL program, they have received more than $600,000 in tuition assistance funds, stated Cipolla. That money has helped 326 students attend LCS.

The cost of tuition at Lafayette Christian School is $6,500 per student each year, according to Cipolla.

Families are awarded on average $1,800 from GOAL, provided they meet the criteria, Cipolla said.

“It took a huge leap of faith to enroll our children into LCS understanding the financial obligation would be extremely challenging,”said one parent who asked to remain anonymous. “Our great God is using wonderful, generous people through the GOAL program making the financial requirements for some desiring to be students much more manageable and for others, the only way they can attend at all …”

“These funds are going to lower class and middle class families or families that have multiple children attending the school,” Cipolla explained. “This is good for our community … It is the one of the only opportunities for people to have a say where their taxes are spent. You can say, ‘I want my Georgia income tax to go to a specific private school, like Discovery Cottage, so a special needs student can get an education.’”

But at the beginning of the year, people need to be ready to cough up the amount of money they chose to donate to the GOAL program.

According to Jackson, state officials will ask donors to write them a check and specify the school of their choice.

It will not be until the following tax season that folks will see the fruits of their generous gift.

“When you fill out your taxes, there is a line item for special programs and that’s where you would put in the amount of money you gave under the Georgia Education Expense Credit,” Jackson explained.

The GOAL money can also be claimed on folk’s federal taxes as a “charitable donation,” Jackson added.

Jackson participates in the program every year. So does his company, Jackson Heating and Air off Whitesville Street.

Jackson, who is the owner and vice president of the company, said employees within the business contributed $60,000 – $80,000 in one year to the Georgia GOAL Scholarship program.

“If more employers knew about the program, we could transform education in Troup County, ” Jackson said. “Sixty thousand dollars is a huge amount of money – and that’s just from one company.

“I think by far this is the single most important piece of legislation that has affected private education in Troup County,” he continued. “I encourage everyone to look into it and businesses to look into it and make it easier for workers to participate in it … I can proudly stand before my coworkers and thank them for sending special needs kids to Discovery Cottage who might not normally afford to go there.”

People wanting to participate in the law or specifically the GOAL program have until Dec. 31 to sign up.