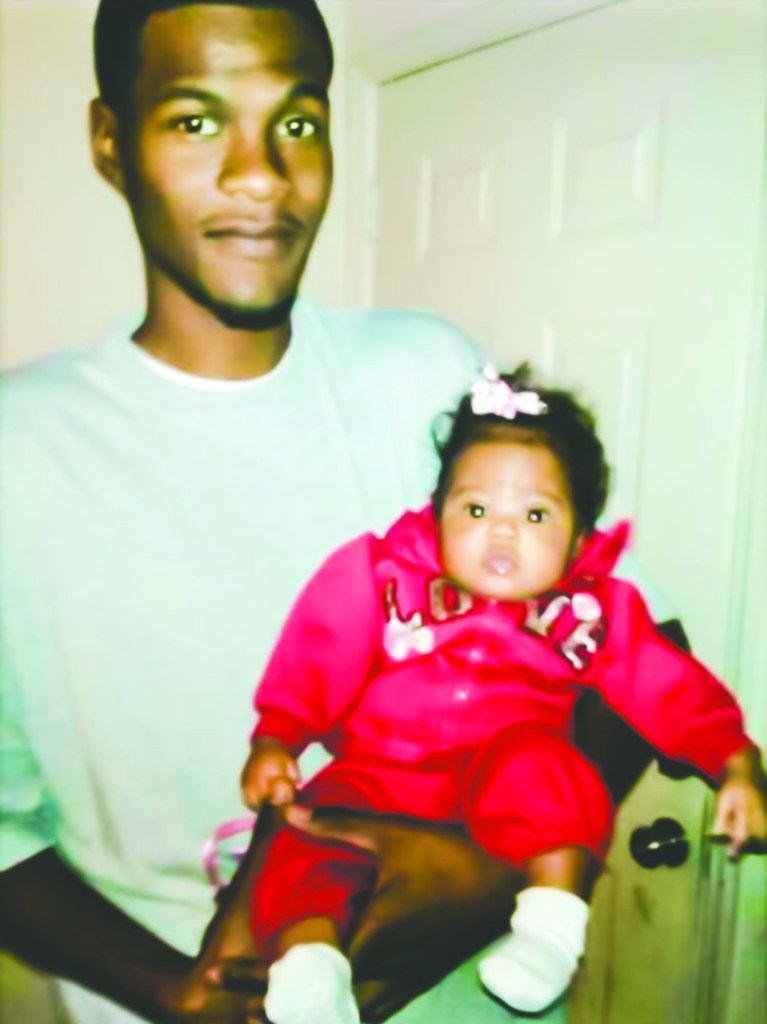 Darius Tucker holds his daughter in this undated photo. (Submitted)

Darius Tucker was gunned down inside his home Friday night

LaGRANGE — Family and friends continue to mourn the death of Darius Tucker.

The 32 – year – old man was shot multiple times and killed by several gunmen inside his home in the 100 block of Edgewood Avenue early Saturday morning.

Tucker’s mother, Adrian Sanders, 49, was also injured in the shootout and flown to a Columbus hospital, LaGrange Police investigators said. She survived, was treated and released.

Friends and loved ones were shocked by the news of Tucker’s death.

“… When I heard about this … I was speechless …” said Marc, a friend of Tucker, who did not want to use his last name. “He and I have plenty of memories together: from being coworkers to hanging out and having a good time … In the past few days I’ve found myself very sad and questioning God … asking him (God),’Why did you have to take him?’”

“It makes me so sad and angry that this has happened to such a promising young man,” said Pat Lindsey. “What can we as a community do to stop this senseless violence? Our world is diminished by the tragic death of Darius Tucker …”

Lindsey said she taught Tucker when he was a student at Troup High School.

“…These are the words I would use to describe him: well-mannered, polite, respectful, gentle, good-natured, amiable, always smiling,” Lindsey said. “Darius was a person who wanted to do the right thing [and] act the way he was supposed to act … I really liked and respected him.”

Robbery appears to be the motive in the incident inside Tucker’s home and a home invasion, kidnapping and robbery at a house in the 100 block of Saynor Circle late Friday night, said LPD Lt. Dale Strickland.

Investigators are still trying to verify the identity of the fifth suspect, Strickland said.

Duncan and Fair were arrested on Monday in Marietta, investigators said. Shells was taken into custody early Tuesday morning.

Florence was still at large as of press time Wednesday evening.

Duncan, Fair and Shells were charged with murder, two counts of aggravated assault, home invasion and kidnapping for their roles in both incidents, LPD investigators said.

The five suspects knew ahead of time who they were targeting and where the victims lived, Strickland added.

“They (victims) were not randomly chosen,” he explained. “In one case, there was a known criminal history … the suspects missed the intended target in the first incident on Saynor Circle. He was not there.”

The masked gunmen were able to take a male and female at that home into custody without a fight, Strickland added.

The suspects stole two cars from the Saynor Circle residence and moved onto Tucker’s home on Edgewood Avenue just after midnight on Saturday, said Strickland.

“When they (suspects) kicked in the door … they were met with screaming and resistance (from the victims) … that’s when the shooting started,” he stated.

According to Strickland, Tucker’s house on Edgewood Avenue was specifically targeted by the masked gunmen. But it was not clear if someone in particular in the home that night was the intended target, he added.

Family and friends learned a few hours later Tucker did not survive the shooting.

Now loved ones are only left with memories of the 32-year-old man whom was a friend, father, brother and son.

“… He was a great man. He took care of his kids and … would give you the shirt off of his back,” Marc remembered. “Darius was a very humble man. I can honestly say I’ve never heard anyone say anything bad about him, or have any ‘beef’ with him … this (murder) just wasn’t worth it … but I know he (Tucker) is in a better place now and he’ll watch over us from above. Rest in peace ‘CHICO.’ You may be gone but you’ll never be forgotten.”

Anyone with information on either case or knows the whereabouts of Florence is asked to contact the LaGrange Police Department at 706-883-2603 or Troup County Crime Stoppers at 706-812-1000. Callers may remain anonymous.