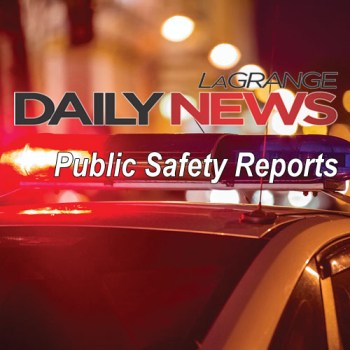 A LaGrange man was in stable condition at an area hospital Wednesday afternoon after being clipped by the front of a CSX train.

The victim was reportedly walking along the tracks near Addie Street underneath Lafayette Parkway when he was struck by the train about 4:30 p.m. on Tuesday, said LaGrange Police Detective Ley Wynne.

The man was conscious and alert when he was transported to a waiting ambulance off Addie Street, stated LPD Sgt. William Nelson.

The victim was then flown to an area hospital for treatment.

The man told investigators he had been drinking alcohol prior to the incident, according to the police report.

The train conductor told LPD investigators he saw the man walking along the tracks, blew the whistle several times and activated the emergency brakes, the report said.

The conductor said the victim started to walk off the tracks but did not get out of the way in time, the report stated.

The engineer told investigators he thought the man was hit by the front step on the engine compartment, according to the police report.

Officials with CSX arrived on scene and closed the tracks to through traffic while they investigated the incident.

. A man returned to his home in the 100 block of Wynnwood Drive just after 2 p.m. on Tuesday and discovered someone broke into his residence.

He told LaGrange Police officers the suspects stole an Xbox 1, Xbox 360, a gold Citizens watch, 18-inch Dell laptop, 32-inch Emerson TV, a set of dresser drawers and a Smith and Wesson .40 caliber gun, according to the police reports.

. One homeowner discovered someone stole several items out of a barn in his back yard in the 300 block of Whitesville Street.

The man told LaGrange Police the incident occurred between Friday, Nov. 25 and Saturday, Nov. 26, according to the police report.

The homeowner stated he called around to local pawn shops before calling police, the report said.

He told officers he was able to find his tool box and most of his items at one of the stores, the report read.

The only property still missing was the Kobalt tool set.