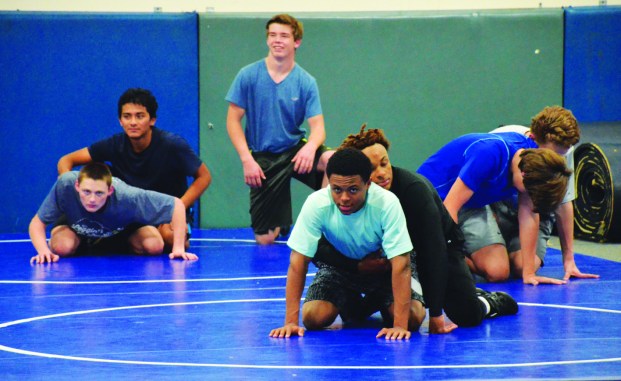 LAGRANGE – They’re hoping to make it two in a row.

A year ago, the LaGrange High wrestling team took top honors in the Granger Duals when they outlasted Smiths Station in a hard-fought match.

On Saturday, those same two teams will be among the participants in this year’s Granger Duals that will be held in the high-school gym.

“We won it last year,” LaGrange coach Scooter Weathers said. “It came down to a nail-biter with  us and Smiths Station, and we won it. It could be the same again this year. They’re good.”

The other teams participating are Northgate, Heard County, Cedartown and Brookstone, and each team wrestles five matches.

On the same day, LaGrange’s junior-varsity wrestlers will be at Pike County.

Also on Saturday, Weathers said members of the military and law-enforcement personnel will be honored before the action gets under way.

At 8:30 a.m., those people will be recognized during a ceremony on the floor, and Weathers said anyone interested in participating should be at the gym by 8:15 a.m.

“With everything going on, I thought it was something we needed to do to honor our folks here in town,” Weathers said. “I even told the opposing schools, if you have parents or anyone coming, we want to honor them, too.”

By Kevin Eckleberry kevin.eckleberry@lagrangenews.com HOGANSVILLE – He was ready for the moment. With their season on the line last week... read more