Ring in the New Year with safe fireworks use 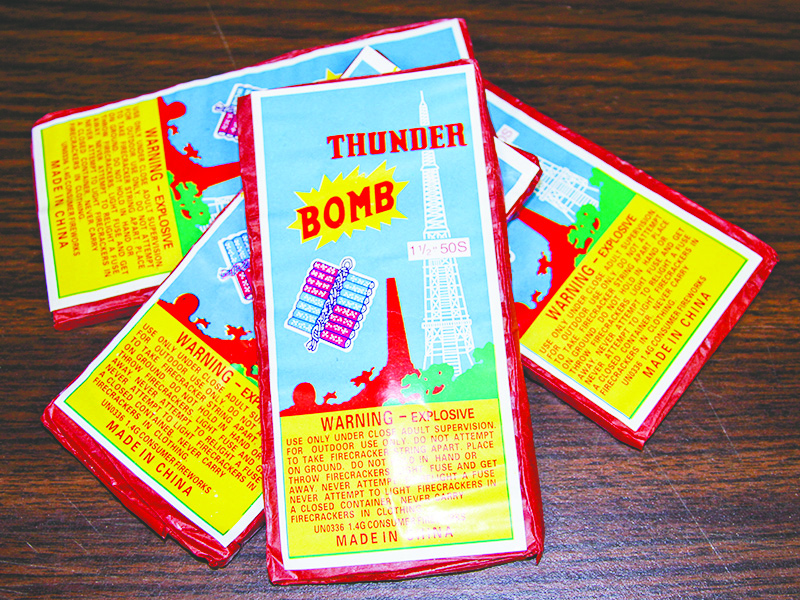 Residents are reminded to take simple precautions when handling fireworks such as lighting one firework at a time, keeping a bucket of water or hose nearby and lighting fireworks well away from cars and homes. (Photo by Alicia B. Hill | LaGrange Daily News)

LaGRANGE – The end of the year that stole from us such beloved public figures as John Glenn, David Bowie, Alan Rickman and Mohamad Ali is surely a cause for celebration, but as you prepare to light a firework and welcome the new year, remember to take a few simple safety precautions to keep yourself and your family out of the emergency room on New Year’s Day.

Simple precautions such as lighting one firework at a time, having a bucket of water or hose on hand, always maintaining adult supervision for firework use and lighting fireworks well away from cars and structures can help prevent fires and injuries due to fireworks usage.

In Georgia, all fireworks that are classified as consumer fireworks are legal to purchase and use according to Georgia General Assembly House Bill 727. These fireworks include bottle rockets, sky rockets, roman candles, firecrackers, sparklers and other popular firework styles.

The hours that those fireworks can be set off is now limited due to a law passed back in June that set time restrictions on firework use, so that fireworks are only allowed until 1 a.m. on New Year’s and not after 9 p.m. on any other day. Prior to the change it was legal to use fireworks until 2 a.m., but the law was changed in response to noise complaints following the relegalization of fireworks in the state.

“What a lot of people don’t understand is that part of the sparkler where all the sparks come out is 1,200 degrees,” said Troup County Fire Chief Dennis Knight. “… So they are not the safest. They actually send more children to the hospital than the other types of fireworks.”

Residents are also reminded that it is illegal to shoot off fireworks on a highway or roadway or within 100 yards of a hospital, nursing home, prison or gas station. Fireworks are also prohibited within state parks and at historic sites without a special license. According to the National Fire Protection Association, fireworks caused an estimated 15,600 fires in 2013.

“I just want to encourage everyone to be extra safe if they use fireworks on New Year’s,” said Knight.