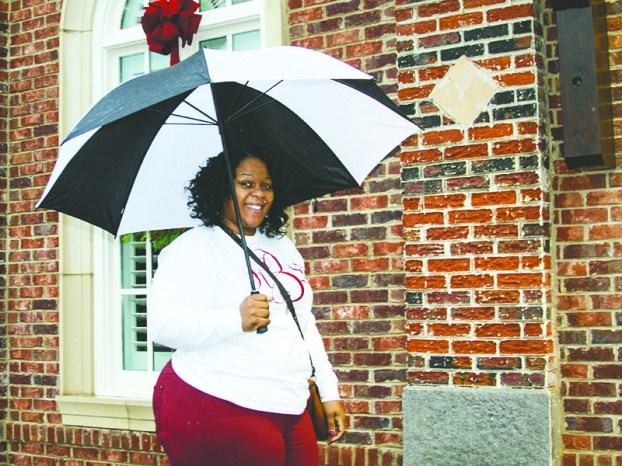 LaGRANGE – Troup County is finally getting some rain, but even with recent downpours – and a flood watch – the area remains in a drought due to low rainfall throughout 2016.

The National Weather Service in Peachtree City issued a flood watch for portions of north and central Georgia on Monday active until 7 a.m. today. The weather service expects the storm to bring an additional 1 to 3 inches of rainfall to areas which have already seen 1 to 3.5 inches of rain over the past few days, according to its statement on the flood watch.

“Even with these totals it wouldn’t count as a drought0-buster,” said Meteorologist Sid King, with the National Weather Service. “… For (the Troup County) area it is about 1 ½ inches and then another 1 inch coming, … so it is good but it wouldn’t mitigate any drought (status).”

King did expect for there to be some “pooling” of rain water due to recent rainfall saturating the previously dry ground, but this rainfall is only a small part of what will be needed to alleviate the area’s drought status.

Gov. Nathan Deal officially declared most of Georgia to be in a state of drought back in November following months of little to no rain fall, and Troup County is still behind on the rain needed to replenish groundwater and keep the lake at a healthy level. According to the United States Drought Monitor, the county was still in a state of Exceptional Drought (Level 4 drought) when it released its most recent report on Dec. 27.

LaGrange’s totals for last year were not available, but the area has received an estimated 4 inches of rain fall so far this year as of 1 p.m. on Monday with 3.2 in of that from Monday’s storm. The University of Georgia’s Weather Network reported 41.38 inches of rain in Pine Mountain for 2016.