‘I’m blessed to see another day’ 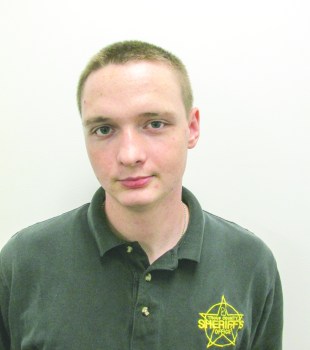 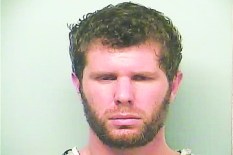 ‘I’m blessed to see another day’

WEST POINT –  It should have been a routine call for service for Troup County Sheriff’s Office Deputy Michael Hockett.

But nothing about that dispatch on Monday ended up being routine.

“I’m just glad to be alive,” Hockett, 24, told the Daily News on Tuesday. “I’m blessed to see another day.”

Deputy Hockett was performing a welfare check at a home in the first block of Jackson Street. A man allegedly told emergency dispatchers his son was having a “mental episode,” threatened to kill his parents, took his mom and left in a green, Ford F150 truck. Dispatchers then lost contact with the caller.

Hockett drove to the home and immediately noticed there was a long driveway that led to the house – and the property was gated. He notified 911 he was getting out of his patrol car, hopped the fence and headed down the long, barren driveway on foot.

After several failed attempts to make contact with anyone at the house, Hockett headed back to his patrol car.

“I was halfway up the driveway and I started hearing a banging sound,” the deputy remembered. “It sounded like two gunshots being fired, but I wasn’t sure. I took a knee behind a small tree and began to yell out I was with the sheriff’s office. I never got any response.”

Hockett said he even took off his TCSO uniform jacket that also bears the department’s logo – and waved it as a symbol of peace.

Instead, the Ford F150 barreled down the driveway at a high rate of speed and screeched to a halt where Hockett had taken cover behind a stump. The driver, later identified as Matthew Edmondson, 28, then got out of the truck with a gun pointing directly at the deputy, Hockett remembered.

“I stood up from behind my cover and told him, ‘Don’t do it, don’t do it,’” Hockett said. “ … the entire time he (Edmondson) was out of the car with the gun on me, I just focused on staying alive.”

Edmondson’s mother remained in the passenger side of the truck, the deputy said.

The 28-year-old man seemed to pause, the deputy remembered – then immediately fired at Hockett.

Hockett drew his weapon which caused Edmondson to duck behind his vehicle. But with Edmondson’s mother still in the truck, the deputy said he did not have a clear shot.

With the gunman now hiding, Hockett made a daring decision – and ran back towards his patrol car. If Edmondson started firing, there were no bushes, trees or shrubbery for protection – Hockett was essentially a moving target.

Instead, Edmondson began to chase the deputy. Hockett said he jumped over the fence, but fell. When he rolled onto his back, Hockett was staring at Edmondson and the barrel of a gun.

The deputy immediately thought about his family and wife, Jessica Hockett.

“… He (Edmondson) never said anything to me the entire time. No words at all,” the deputy stated. “He leaned over the fence … and I felt some type of ballistic hit me. I grabbed my gun and fire at him two times … I was able to get back into my patrol car and get to a safe location.

“I was just praying the whole time I would have a chance to get home and see my family,” Hockett added.

Troup County Sheriff deputies heard Hockett’s calls for “shots fired” over the radio and immediately rushed to their colleague’s aid. Hockett said the deputies treated his wounds until paramedics arrived on scene.

To say Hockett was “lucky” would be a true understatement.

The deputy was hit multiple times with buck shot. Doctors removed fragments and shrapnel from his right elbow and wrist, plus both hands, he said. Hockett was also grazed by gunshots on his arms, side and his head.

“I am thankful and blessed,” the deputy said on Tuesday. “I know the good Lord was with me … I was just praying I would have a chance to get home and see my family.”

The deputy fired two rounds at Edmondson; neither bullet killed the man, though one struck him in the shoulder. Once the man was taken into custody by law enforcement, he was transported to a Columbus hospital where he remained as of Tuesday evening, TCSO officials stated.

Edmondson was charged with criminal attempted murder, aggravated assault on a peace officer with a deadly weapon, possession of a firearm during the commission of a crime and false imprisonment.

Friends of Edmondson are still reeling from the incident as well.

Kendall Braswell said she has known Edmondson since elementary school.

“I am very shocked. This (shooting) is very out of character for him,” she said. “He has always been a very helpful and genuine person, with a heart of gold … he’s an amazing person who would give you the shirt off his back. I don’t want people to forget that  … he’s very dedicated to his family’s farm. It’s his whole life.”

Law enforcement officials believe Edmondson may have thought Deputy Hockett was there on Monday to take away the family’s property.

Troup County Sheriff James Woodruff also told the Daily News deputies were called to the home before because of the 28-year-old man’s mental status. But those visits never escalated, the sheriff added.

Edmondson was reportedly working towards getting his EMT and paramedic’s licenses, Braswell said. Those goals now seem out of reach.

“I just pray Matt (Edmondson) get the true help he needs,” Braswell said. “In no way do I condone his actions. I am very thankful that Deputy Hockett is alive and all the first responders went home safely. But Matt needs help. Not just to be locked away in prison … he needs true help.”

Meanwhile, Deputy Hockett will continue to recover from his wounds and remains on administrative leave pending the outcome of an investigation being conducted by the Georgia Bureau of Investigation.

“I think he (Hockett) was very brave under the circumstances,” Woodruff said Tuesday.

The deputy said despite being a little sore, he is ready to get back to the job he loves and thankful he lived to see another day.

“I was trained and prepared for the situation and spared by the Lord,” Hockett said. “I just want to thank everyone from the Troup County Sheriff’s Office and the community who has reached out to me … I’ve seen so much support in the last 24 hours. As soon as I get healed up, I’m going to get back into the community and continue trying to make Troup County a better place.”