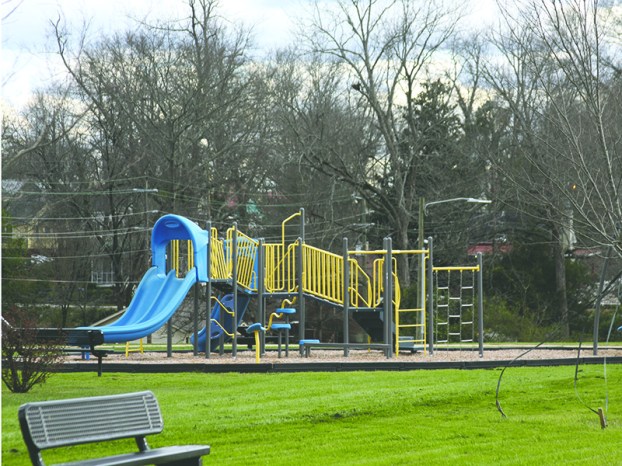 LaGRANGE – The residents of Calumet Village have spoken, making it clear that they want a better neighborhood.

The residents of the Calumet Village have been working hard for years to improve their community, and recently, the Georgia Conservancy – with the support of the Callaway Foundation – crafted a series of proposals outlining ways that the community can revitalize the neighborhood. The residents of the area were invited to review those ideas at a series of public gatherings, so that they could say what they did and did not like about the proposals.

“What do they love that they want to preserve and improve in the neighborhood?” asked Katherine Moore of the Georgia Conservancy at a meeting Friday night. “What are their concerns? And as a planner, landscape designer, urban designer on the team then (we) bring our professional talents – we hope – to bear to come up with some recommendations.”

Many of the ideas were simple – like cleaning up empty lots or fixing up the exteriors of homes in the neighborhood – but the experts expect the results of these small actions to have a huge impact on the community.

“You make the house look better; you put the neighborhood logo on it, and there is civic pride,” said Johanna McCrehan, of the Georgia Conservatory. “And then the neighbors want to do the same thing.”

McCrehan also talked about the importance of local churches getting involved in helping clean up empty lots and other areas to create pocket parks and community gardens that have the potential to create swift visible progress to the neighborhood. These improvements have the potential to help far more than just the appearance of the neighborhood though. By visibly improving the neighborhood, its residents may actually be able to help discourage crime in the area and encourage trouble makers to go elsewhere, thanks to the theory known as the broken window principle.

“If there is the appearance that nobody cares about the neighborhood, that’s where the drug dealers will thrive,” said Sgt. Marshall McCoy of the LaGrange Police Department, who expressed his excitement for the work being done in the neighborhood. “If they don’t think anybody is going to call in, that is where people will break in, so the more lots you clear off and make beautiful, the more houses you clean up, the more green-spaces in the yards… creating sidewalks for safety – get people off the street – that’s just a lot better for everybody.”

The group from the Georgia Georgia Conservancy emphasized that the goal of this effort is to help residents of the Calumet neighborhood take pride in their neighborhood as a whole and see it as a community, so that they can work together to improve the area even while recognizing that progress will probably be a slow process.

“(This change) is not easy, but I think that is why one of the first things that has to be done is give some identity to the neighborhood,” said Professor Richard Dagenhart of Georgia Tech, who is working on the plan. “The banners, I think, is the way to do it, and it costs the amount of money to buy a roll of canvas and the paint or the ink to do silkscreens and going out and putting them up. I think that could be a starting point that begins to trigger everything else.”

Local organizers of the revitalization effort expressed interest in creating a logo of sorts to identify the neighborhood, but if a logo is created, it most likely would not come from the planners: It would come from the community.

“I would love to get some of the elementary schools involved in trying to help us design a logo because I believe that we try to create ownership early,” said Dr. Robert Tucker, who is leading community efforts in the Calumet neighborhood. “The schools would be schools where our children attend, and I would like to try something along those lines. I believe they would come up with something better than I could ever think of.”

Some community members at the meeting showed caution on the concept of putting up logos within the community, while others were excited by the concept.

“If they were to do something like that, you could put them on all the houses and the businesses and make it more of a unified community,” said Dr. Brett Brown, a local optometrist who lives in the neighborhood. “Like don’t mess with us. We’re united, instead of all separated. It is just going to take someone being bold and having faith and putting it back into the community.”

The Calumet neighborhood has already begun its path towards revitalization thanks to efforts from within the neighborhood, and Calumet Park was recently cleaned up and updated to better reflect the direction that the community is moving in.

“I see the park now being used in a much more natural way,” said Tucker. “You walk by the park, and I knew why it was not being used much – because people were concerned. But now you see people sitting there. I see people sitting there eating lunch. I see a few people walking around. I see families in there. It is always busy with the basketball courts, but we work at that. We work at that all the time to try to make sure we keep it as nice as we can and as safe as we can.”

“They have tried to help us realize the value of our community and to maintain the character of our community,” said Tucker. “I had not thought a lot about the character of Calumet Village, and as I think about it, it makes me a little sentimental. I think about the mill village, the mill town, and you want to hold onto some of that history. We don’t want to get rid of that. They’ve helped us to see that.”

Along with the history, the neighborhood also has a good layout, according to planners, for this type of revitalization.

“(Calumet has) a nice street network, small lots, small blocks – so it is very walkable – neighborhood-commercial with public assets like a park, and we know that the Thread – the multi-use trail – is coming,” said Moore. “Calumet has everything now in terms of its built form and will in the coming few years – with the Thread coming in – other developers are spending millions and millions of dollars to recreate a greenfield space somewhere else, so we have the bones of a great community here from a physical standpoint.

“And all I thing we need is to continue to encourage residents, which they already have a strong since of pride, but we need to continue to encourage that, work on some of the public safety concerns, work on some of the housing concerns, but everything that Calumet has especially its proximity to downtown – you’ve got that movie theatre; you’ve got that beautiful square; you’ve got restaurants – it is a prime neighborhood for long term stability. We just need to let more and more folks know about it.”

The project as whole may seem daunting and will take time, but the team from the Georgia Conservancy is confident in the Calumet Community’s ability to rise to the occasion.

“It’s really easy to start, but it takes a group of people who are really willing to put time and energy into it,” said Dagenhart. “… A few neighbors can make it happen.”

By Melanie Ruberti Melanie.ruberti@lagrangenews.com Public Safety Reports A man accused of assaulting another man with a sledge hammer and robbing... read more