Woman recovering after being shot by her father 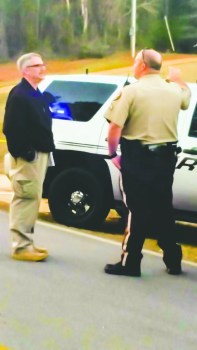 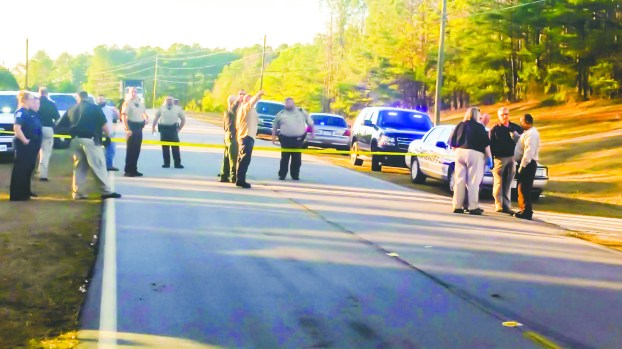 TCSO deputies and investigators relay information to each other outside the crime scene on Tuesday. (Photo By: Melanie Ruberti | Daily News) 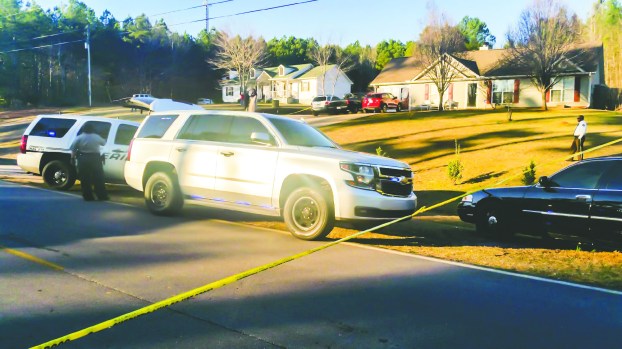 TCSO deputies and investigators secure the crime scene on Tuesday at the home off Hines Road. Sheriff James Woodruff requested the Georgia Bureau of Investigation take over the case. (Photo By: Melanie Ruberti | Daily News)

LaGRANGE – A 24-year-old woman remains in stable condition in an Atlanta hospital on Wednesday after being shot by her father inside a home in the 700 block of Hines Road.

Kiley Thompson was shot at least once in the chest reportedly by her dad, James Thompson, 44, and airlifted to Atlanta for treatment around 4:30 p.m. on Tuesday.

James Thompson allegedly surrendered to Troup County Sheriff’s deputies outside the home but died just minutes later while in custody.

The Georgia Bureau of Investigation took over the case and is looking into James’ death, said TCSO officials. The GBI’s investigation will reportedly include an autopsy of his body.

Troup County Sheriff deputies responded to the home on Tuesday after 911 dispatchers received a call for a dispute involving a knife and a gun, officials stated.

James Thompson was allegedly threatening his daughter with both weapons inside the house, TCSO said.

As deputies approached the home, they reportedly heard two shots fired, according to law enforcement officials.

James allegedly walked out of the house while still restraining Kiley. He was also holding a hand gun, stated TCSO officials.

Deputies ordered the 44-year-old man to put down the gun and he reportedly complied with their commands.

But as the deputies attempted to take James into custody, he allegedly became very combative and began fighting with law enforcement officials, according to TCSO. The man was tased, placed in handcuffs and taken to a waiting patrol car.

James was reportedly sitting on the ground by the vehicle when he became unresponsive, stated TCSO. Deputies performed CPR and used a portable defibrillator on the 44-year-old but he died at the scene.

An autopsy on James Thompson’s body is scheduled for Thursday morning, according to GBI officials.