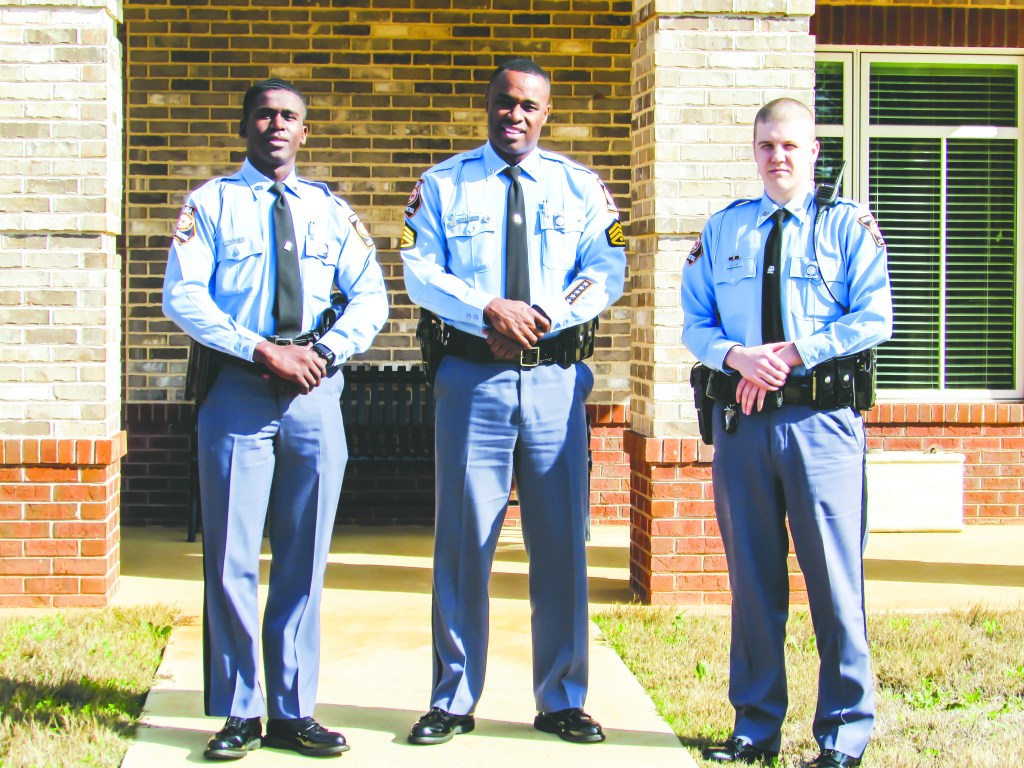 LaGRANGE –  Two new faces will be patrolling the interstates and roadways in Troup and Harris counties.

Harman has been with GSP for two years. He began his career at the trooper post in Newnan and transferred to LaGrange towards the end of 2016.

“I grew up around here, so I know the community,” Harman said. “There are a lot of experienced troopers at Post 2 … they’re always willing to help and give out any information you might need.”

Thomas recently graduated from trooper school and did some of his training at Post 2 LaGrange. He enjoyed the experience so much, he asked to stay on board as an official member of the team.

“I love it here,” stated Trooper Thomas. “It’s a change of scenery for me. I can do my job without it interfering with family and friends. This is a really good group (Post 2) … all the troopers really look out for each other.”

No day is ever the same for troopers with the Georgia State Patrol – including their daily schedules or what they encounter while patrolling the roadways.

Thomas and Harman both said the change of pace is one of the many reasons they enjoy their jobs.

“There’s always something new to learn … traffic laws are constantly changing,” said Trooper 1st Class Harman. “One day we (GSP) may work very few crashes; the next day we may work a lot of accidents … and it may be something we’ve never encountered before. Every day is different.”

“I love the respect part of the job … the Georgia State Patrol is very well respected,” Thomas said. “We have a lot of authority, but at the same time, much is expected of us from the public …”

The hiring and recruitment of both men comes at a good time for Post 2 LaGrange – and the agency as a whole.

While the number of troopers declined, the calls for service increased.

Raines compared GSP Post 2 statistics from Jan. 2016 and Jan. 2017. The team saw a rise in the number of crash investigations, DUI arrests and general traffic stops, he stated.

In September 2016, Gov. Nathan Deal tried to remedy the GSP situation. He signed a budget proposal that increased trooper’s salaries by 20 percent. The raises took effect in January.

The jump in salary made the Georgia State Patrol more competitive with other state law enforcement agencies when it comes to recruiting new troopers.

Post 2 LaGrange is already seeing the positive effects with the addition of Troopers Thomas and Harman.

“We are very fortunate to have them assist us patrol Troup and Harris Counties,” said Raines. “More troopers will help increase our manpower, response to calls and visibility,” said Raines. “I’m really excited about it.”

Raines hopes to fill every position at Post 2 LaGrange within the next two years.

Troopers Thomas and Harman said they are grateful to be a part of the team.

“I have no plans of leaving,” stated Harman. “I like it here and I like what I do … One of the Georgia State Patrol’s core beliefs is ‘compassion.’ Whether you’re working an accident scene or whether you write a ticket or not, be fair and compassionate to everyone.”

Anyone interested in applying for the Georgia State Patrol can visit https://dps.georgia.gov/georgia-state-patrol-trooper.