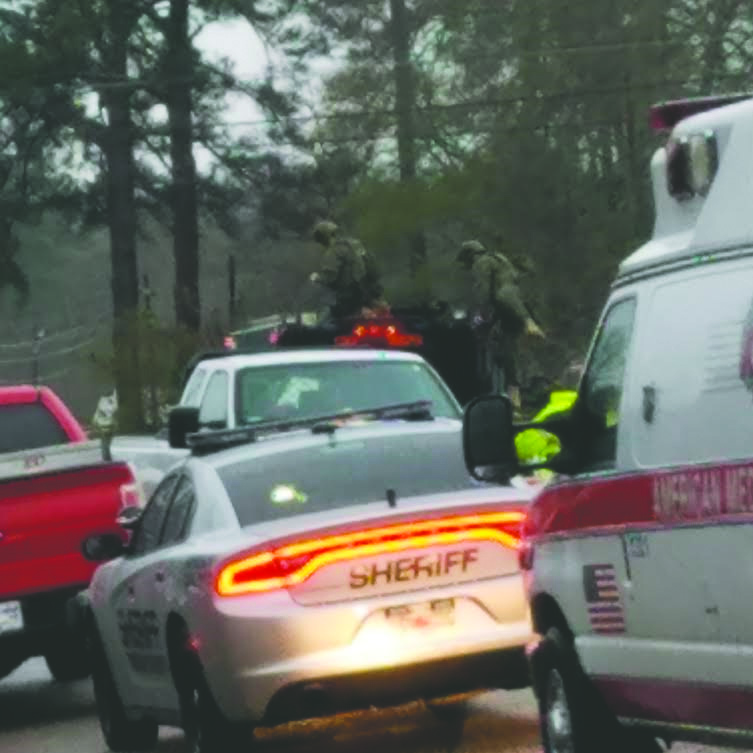 Members of the Georgia State Patrol SWAT team climb on top of their utility vehicle outside the West Point Motel on Tuesday. The vehicle contained a battering ram, which the team prepared to use to break down the motel room door where Mary Rice and William Boyette were holed up. (Photo: Submitted)

PENSACOLA, Fla. –  The woman found inside a West Point motel room with William Boyette has been charged in two of the murders committed on a crime spree that spanned two states.

Mary Rice, 37, was charged with two counts of accessory after the fact for the murders of Alicia Greer and Jacqueline Moore by the Santa Rosa County (Florida) Sheriff’s Office.

The bodies of Greer and Moore were found inside a motel room in Milton, Florida on Jan. 31, said law enforcement officials.

Greer was allegedly the ex-girlfriend of William Boyette.

Officials did not reveal the motive behind Moore and Greer’s murders, nor why RIce is only being charged as an ‘accessory after the fact.’

Rice will be charged with capital murder for the shooting death of Peggy Phillips Broz, 52, outside her home in Lillian, Alabama on Feb. 3.

The woman will also be charged with first degree murder for the death of Kayla Crocker, 28, in Pensacola, FL.

Crocker was shot on Feb.6, but died the next day – the same night Boyette and Rice’s run from the law ended at the West Point Motel.

Rice was extradited back to Escambia County on Wednesday.