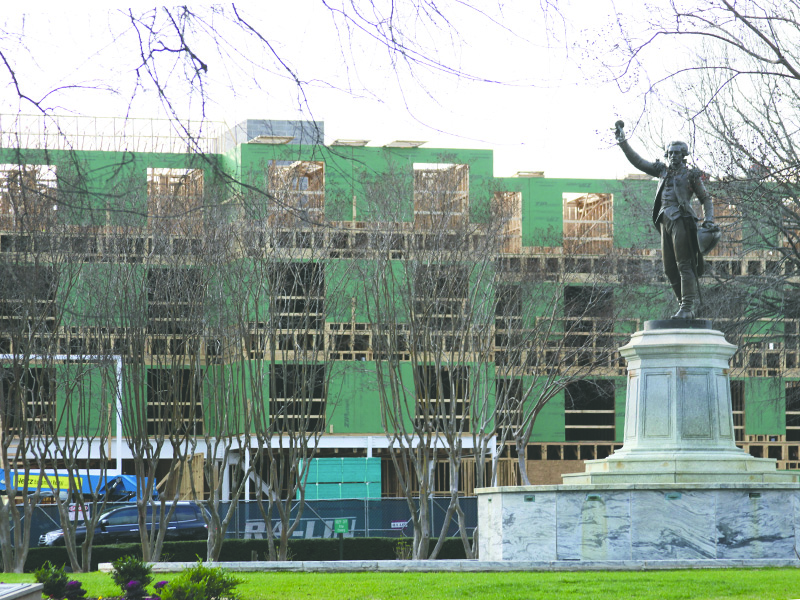 The city approved an amendment on Tuesday to update the terms of the Tax Allocation District for the downtown hotel. (Photo by Alicia B. Hill | LaGrange Daily News)

LaGRANGE – The LaGrange City Council approved an amendment to the Town Center Tax Allocation District that aims to help the city recoup its expenses on the downtown hotel project.

The amendment to the TAD adjusts the tax to reflect the 25-year term that the city counted on when they approved the project.

“Back in 2013, this TAD was approved by the redevelopment agency which includes the city, the county and the board of education,” said City Manager Meg Kelsey during a regular Tuesday work session of the council. “We have done two amendments to this TAD so far, and those were to extend the life of the TAD, so that the hotel could get under construction.”

The amendment also takes into account design changes that equated to value changes over the course of the hotel’s planning, and without the amendment, the TAD would only last for about 20 years following the hotel’s construction.

“In order to get repaid out of the tax revenue, we need to extend the term to 2043,” said Mayor Jim Thornton. “It could be repaid sooner.”

While an early repayment would be ideal, the city’s approval of the amendment was necessary to protect it from possible underpayment on the project.

“This is us trying to be conservative in our approach and make sure that we get that money paid back,” said Kelsey. “… The city is the one who issued that TAD, so those are our dollars.”