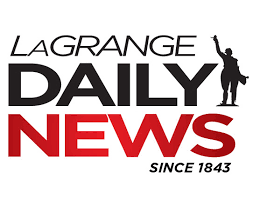 LaGRANGE – The city council denied a special use permit to allow a group residential treatment center on Alford Street at its regular meeting on Tuesday.

The permit would have made it possible for six women who all take part in the same supervisory program with Crossroad Ministries for those recovering from addiction to live together following a year of treatment which – due to the way the law is worded – could make the home considered a group treatment facility even though no treatment would have been received at that location.

The home – which will now be seeking a new location due to the denial – would be part of a larger program to help women recovering from substance abuse avoid relapse by removing them from the environment where the issue initially developed and teaching them life skills that would provide a better future for them and their families.

“What happens to these people is they go back to the same environment that they came out of expecting different results, and it is almost impossible because they go right back to the same stress, tripwires, social problems, drug people, drinking buddies that they came out of,” said Charles Walker. “So, this was recognized by us – Judge (Jeanette) Little and the drug corps – because I… see these people all the time, and working with this over the years and seeing it through the drug corps, I say that somebody has got to do something.”

The program plans to screen the women admitted to the program to allow only allow those with a high school diploma or GED, a successful year at a treatment facility and recommendations from that facility, an interview process and a negative drug screening, and while the home part of that program is currently on hold until the group can find a new location, the education and support programs are still on track to begin soon.

Many of the potential neighbors of the proposed facility were opposed to the facility opening in on Alford Street, and some members of the neighborhood got together and circulated a petition that had more than 100 signatures on it by the time council met on Tuesday.

“We have a vested interest in our community – just like you do in yours – and our petition reads for the safety and concern for the people of our community,” said Jan Smith. “… We are homeowners. We are renters. We are taxpayers, and we are voters. We live and work and play in this neighborhood. …  Someone said that if there are problems (we will revoke the permit), but we don’t want to wait around for problems.”

The debate went back and forth, and while everyone could agree that the program was a great idea that should be implemented, the council’s decision ultimately came down to whether the location was appropriate considering the neighborhood’s staunch opposition, and the unusual occurrence of a split vote on the council highlighted that unenviable decision between a good cause and angry neighbors.