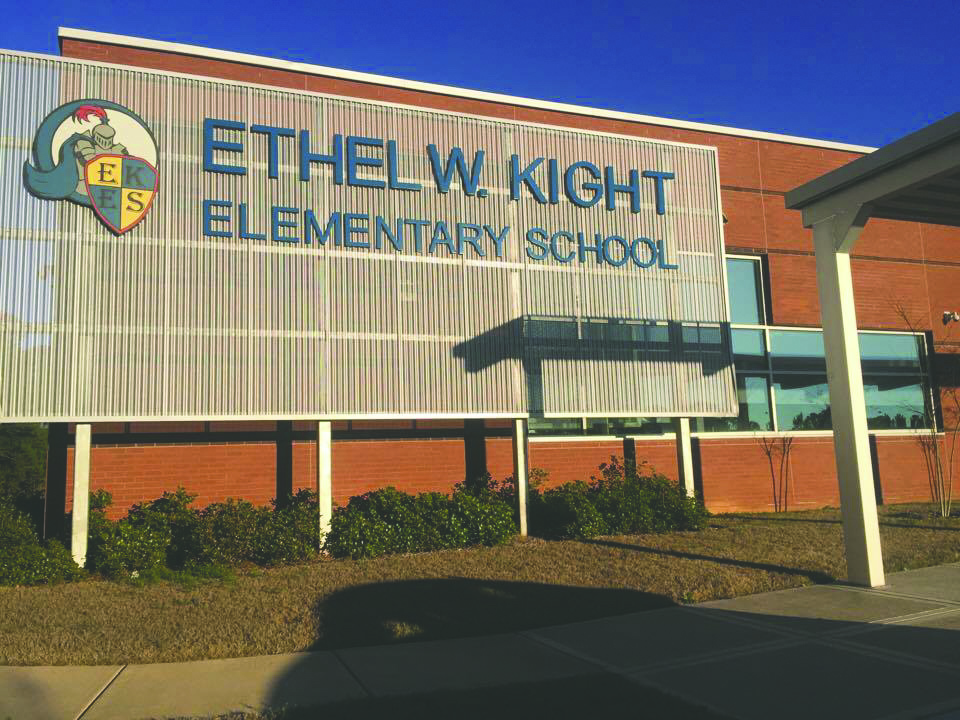 The city is considering officially changing the polling place for city elections from Ethel Kight Elementary School to the Troup County Administration building that residents of that district already use to vote in county, state and national elections. (Photo by Jennifer Shrader | LaGrange Daily News)

LaGRANGE – The city council discussed a change in the Ethel Kight voting district to match county polling places on Tuesday.

The proposed change in polling places for the city election from Ethel Kight Elementary School to the Troup County Administration building would aim to decrease confusion among voters in that precinct who would already go to the county building to vote in county, state and federal elections.

“In the last city council election, they wanted us to not use the Ethel Kight voting precinct, but we did because of a concern about people (who) have been historically voting there,” said Mayor Jim Thornton, during a work session on Tuesday. “Now the problem is, nobody has been voting there. … The county moved their precinct, so when people voted for president last year, state senator, all of that, if they are in the Ethel Kight precinct, they’ve been voting at the (Troup County) Administration building.”

Some of the council members still were concerned that people would be confused since Ethel Kight has been a polling place for years, but their concerns were alieved on reviewing the number of voters who used Ethel Kight as a polling place.

“From what the county tells me, there are 634 active/inactive voters that comprise these areas (make up this precinct),” said City Manager Meg Kelsey. “… At the last city election, we only had four people vote there.”

No one voted at Ethel Kight during the presidential election back in November, and the council did also take into account the cost of keeping a polling place that is not being used open into its decision.

According to Thornton, the last time people voted at Ethel Kight was in November of 2015, and the council expressed hopes that less confusion on where to vote will encourage voter turnout in future elections.

The city plans to hold a public hearing on the ordinance to change the district at their next meeting on Feb. 28 at 5:30 p.m. at 200 Ridley Ave.

Reach Alicia B. Hill at alicia.hill@lagrangenews.com